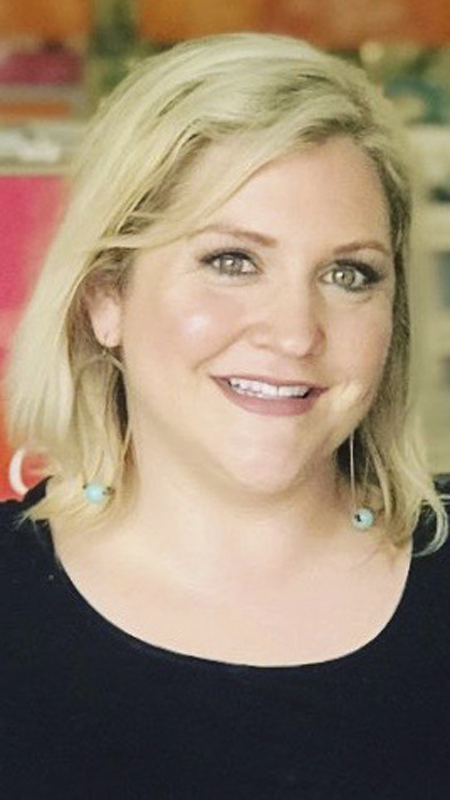 Lacey Claire Lee, 35, beloved younger daughter of Rory and Janet Lee,
died at her parents’ home in Clinton June 22, 2019.  She was a
resident of Madison, having proudly purchased her first home in Aug.
2018.  With fierce determination, she battled a rare type of cancer
for nine months.
Visitation and the memorial service were held in the sanctuary of
First Baptist Church, Clinton, the afternoon of June 27, 2019. Burial
was a private family affair.
Lacey was born Dec. 5, 1983, baptized as a child into the fellowship
of First Baptist Church, Clinton, and went to Clinton schools through
the sixth grade. She attended seventh grade in Oak Grove in
Hattiesburg before her family re-located the next year to Pineville,
Louisiana.  Lacey was a 2002 honor graduate of Pineville High School.
Following the family tradition of her father, mother, and older sister
Lauren, she attended Mississippi College, graduating in 2006 with a
degree in interior design.  She worked as chief designer for an
architectural firm in Rhinebeck, New York, before moving to New York
City.  It was in the city that she discovered her love for retail
management and was associated with women’s clothier Loft and lifestyle
chain Anthropologie.
When she moved back to Mississippi shortly after her 30th birthday,
she quickly landed a  store manager position at Altar’d State
boutique, followed by a stint as manager of the Hallmark store in
Dogwood.  But she was recruited for and happily accepted her dream job
as general manager of Ulta Beauty in Madison.
With 1200 stores nationwide, Ulta is the country’s largest beauty
retailer. As general manager, Lacey supervised a team of sales
associates; worked the demanding retail hours that included nights,
holidays, and weekends; always sought to enhance the customer’s
shopping experience; and blended her New York expertise with her own
unique brand of Southern charm. Her store was consistently among the
top sales producers in the region.
Lacey loved to travel, visiting London and Paris for a high school
graduation trip, and as an adult, to Greece. She participated in the
Mississippi College semester in London program, with independent
travel in Italy. With friends or family, she took epic beach vacations
and road trips to Virginia Beach, Kentucky horse country, and New
Orleans.  As a five-year resident of Louisiana, she swiftly acquired a
taste for crawfish and later, an affinity for family-centered Mardi
Gras parades where her friends brought their children.
A caring and devoted friend herself, Lacey’s large and loyal friend
group extended from New York to Ohio, Texas, Florida, and throughout
Louisiana and Mississippi.  She nurtured friendships made in high
school, college, and through her workplaces.
She was happiest when at the beach or in the company of friends.
But the role she cherished the most was as an aunt to her sister’s
three children: Owen  (7), Brynn (4 ½), and Sam (2). When Owen first
began to talk, his toddler pronunciation came out as Yacey.  And so
she became Aunt Yacey, the loving and indulgent aunt every child
should have to share a frozen yogurt with abundant sprinkles or buy
completely frivolous treats and souvenirs at the ice show.
Lacey is survived by her parents Rory and Janet Lee of Clinton; sister
Lauren Lee Ryan and husband Brant of Madison; two nephews, Owen
William Ryan and Samuel James Ryan and niece Brynn Elizabeth Ryan;
maternal grandfather W. M. Stampley of Yazoo City; paternal
grandmother Syble Brinson Lee of Prentiss; and aunts, uncles, and
cousins in Louisiana and Mississippi.
She was preceded in death by her maternal grandmother, Ruby Rae
Stampley, and paternal grandfather, Kenneth E. Lee.
The family is appreciative of the compassionate care Lacey received on
the oncology floor of St. Dominic’s Hospital; from the staff at
Jackson Oncology Associates; and for the unfailing courtesy, kindness,
and professionalism of her oncologist, Dr. Guangzhi Qu.
In lieu of flowers, memorials may be made to the Lee Family
Scholarship at Mississippi College; the Baptist Children’s Village; or
CARA (Community Animal Rescue and Adoption).
“And now abideth faith, hope, love, these three, but the greatest of
these is love.”