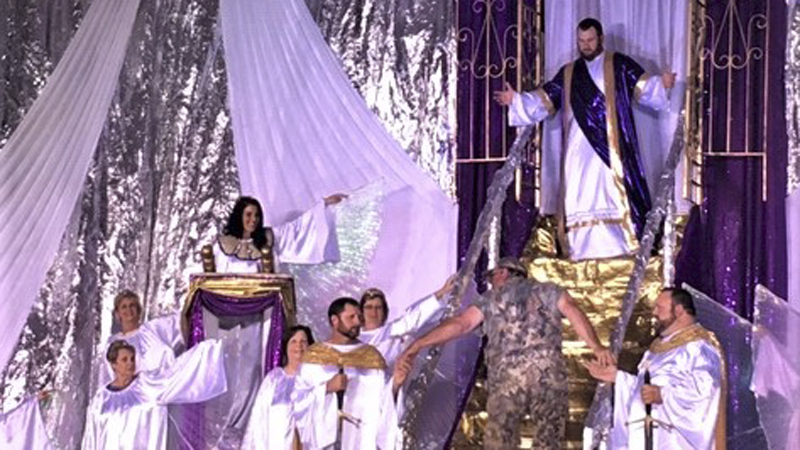 With a cast of over 50 local residents the live performance drama of Heaven’s Gates Hell’s Flames presenting the message of Jesus Christ in a powerful and engrossing way was enacted at the Covington/Jeff Davis Baptist Association Building.

After a day of intense direction by Ministry Team Directors Ty and Cindy Fisher the cast and crew diligently prepared for the three planned performances through prayer, Bible devotions, and rehearsals.

The evangelistic drama is based on the premise: Where will you be when disaster strikes?

Heaven’s Gates and Hell’s Flames is production of Reality Outreach Ministries based in Twinsburg, Ohio.

The ministry’s representatives travel the country supplying the set and script while local churches or organizations provide the crew and cast.

Bassfield Baptist Church has sponsored the drama for a couple of years prior, however, this year several local churches joined together to bring the production here.

More information on Heaven’s Gates & Hell’s Flames can be found at www.realityoutreach.org.