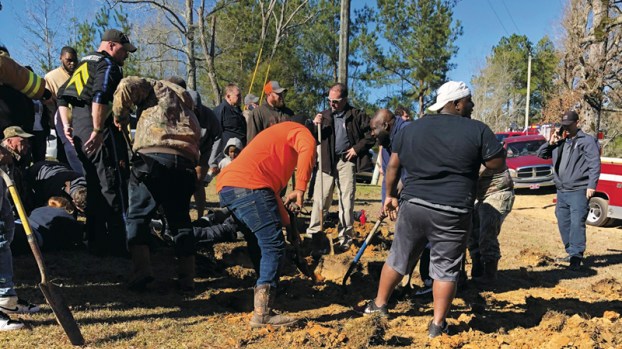 The Prentiss Headlight—Crews from all agencies in Jefferson Davis County, along with assistance from the Mississippi Task Force and Columbia Fire Rescue, work diligently to rescue a 3-year-old boy trapped in an abandoned water well last Saturday morning. 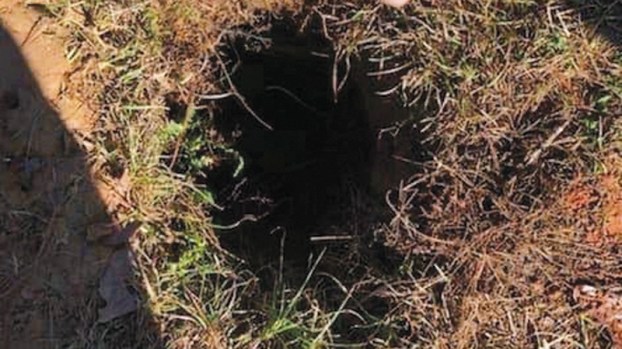 The Prentiss Headlight—The well was flat to the surface and had an approximate eight inch opening.

A call came in to 911 at 9:56 a.m. on Jan. 4 that a 3-year-old child was trapped in a old abandoned water well on Black Polk Road in Jefferson Davis County.

The child had been playing outside the residence with other children when he fell into the hole in the front yard.

First responders arrived to find the boy 12-15 feet down the well that had only an approximate 8-inch opening and was flat to the ground.

The child was alert and answering questions.

“The Mississippi USAR Task Force 3 (Lamar County), funded by the Mississippi Office of Homeland Security, came in to assist and were actually the ones that pulled the young man out,” said Jocelyn Ragsdale JDC Emergency Management Director.

The child was wedged with his arms over his head so rescuers were able to slip knotted ropes around the child’s wrists and pull him to safety.

“I commend the parents. They did a fantastic job of talking to him and keeping their emotions at bay.”

“I thank each and every one that played a part in  this process,” said Ragsdale.

“They did a fantastic job. I just can’t say enough.”

The boy was rescued at 11:29 a.m. and transported by AAA Ambulance to the hospital as a precaution.

County workers filled the abandoned well with gravel and dirt and the scene was cleared by 12:27 p.m.

“Everyone worked together to save a child, and that is exactly what we did.”