Rushing elected president of JDC Board of Supervisors 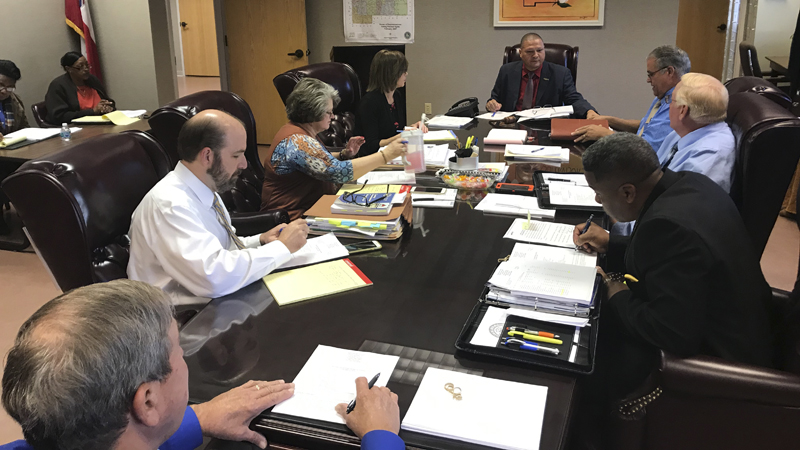 Holley Cochran / The Prentiss Headlight—The Jefferson Davis County board of supervisors elected Bobby Rushing to serve as president of the board for the next four-year term during their January meeting.

Bobby Rushing, Supervisor for District 5, will serve as president of the board of supervisors for the next four years. Corky Holliman will serve as vice-president.

“I am looking forward to the next four years and would like to thank the board for the opportunity to serve as their president,” said Rushing.

The board spent most of the first meeting of the term with housekeeping duties of setting salaries, appointments and election of officers.

This was the first meeting with the two new supervisors, Terry Mathis of District 4 and Demarrio Booth of District 3, in an official capacity.

In addition to those elected by voters, Wes Daughdrill was appointed as board attorney and Les Dungan as county engineer.

Benton Evans and Vanessa Jones were appointed as county public defenders by Judge Prentiss Harrell. Their appointment will end Dec. 31, 2023.

Supervisor Charles Reid will continue to be the county representative on the Rails to Trails board.

Supervisor Terry Mathis will represent the county on the Homeland Security Task Force, and Supervisor Bobby Rushing will be the coordinator for federal, state and local grants.

John Thompson was the previous representative before his retirement.

Supervisors approved bonds of all elected officials and other employees and officials, and awarded Hancock Bank the county deposit for two years.