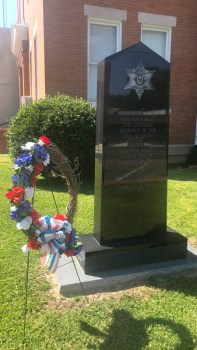 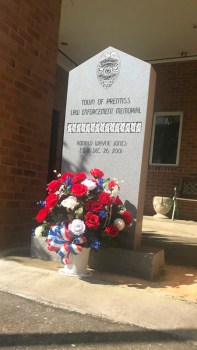 Flowers were placed at Prentiss City Hall and the Jefferson Davis County Courthouse in memory of local law enforcement officers that were killed in the line of duty while serving Jefferson Davis County and the Town of Prentiss. Prentiss Police Officer Ron Jones was killed on Dec. 26, 2001, by Cory Maye while serving an arrest warrant in the city limits of Prentiss. Tommy Bourne and J.P. Rutland were killed Feb. 21, 1997, while transporting two prisoners to the Rankin County Correctional Facility. Eric Snow was charged with their murder. May 15 is Peace Officers Memorial Day as part of National Police Week.