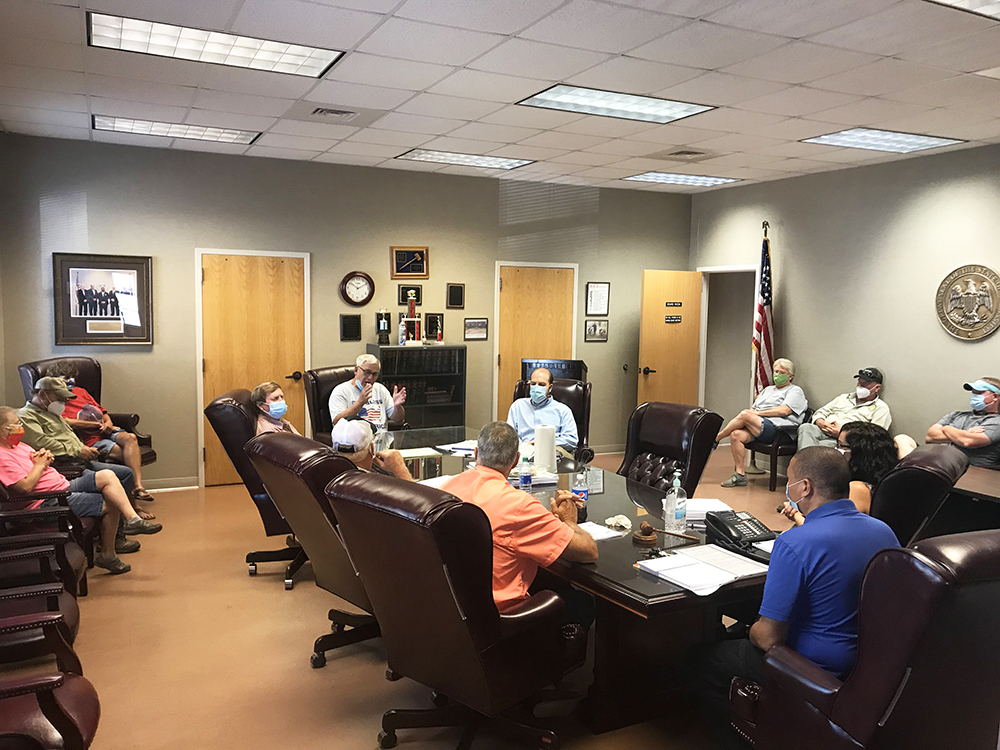 Holley Cochran / The Prentiss Headlight—Vince Crisci expresses his concerns over the tax increase at the public hearing with the Jefferson Davis County Board of Supervisors last Thursday.

For the next fiscal year, the Jefferson Davis County Board of Supervisors plans to increase the ad valorem tax millage rate by 3.22 mills from 127.02 mills to 130.24 mills.

The increase in the tax levy of 3.22 mills is necessary because of the funding request by the Jefferson Davis County School District.

This means that there will be an increase on ad valorem taxes on home, automobile tag, utilities, business fixtures and equipment and rental real property.

“The increase that is on the levy today is due to the school system,” said JDC Board Vice President Corky Holliman. “We cannot refuse the school board’s request, it is state law.”

“You are the bank for the school board,” said concerned citizen Vince Crisci. “Sooner or later you are going to run out of tax payers in Jefferson Davis County.”

“If the public is concerned about that school, then they need to go to the school board meeting and speak their mind about it,” said District 4 Supervisor Terry Mathis.

“The question we have is if they didn’t have school after spring break, what happened to the money? Shouldn’t they have saved money? Why do they need an increase? We have talked that in here over and over, but we can’t get an answer.”

“The school board can ask for four percent a year,” said board accountant Cathy Slocum.

“We decide how many mills it takes to get them the dollars they ask for.”

“Don’t think the board is not doing anything,” said Holliman.

“Mr. Rushing and myself have personally walked across to that office and met with the superintendent several times in the last eight years.”

“We have begged them not to have a tax increase and pleaded with them to find other resources for money.”

“We were laughed at the first time. The second time we were taken a little more serious. The third time it was like talking to a wall.”

“We do try. We don’t give up trying. The people in this county are our biggest concern.”

The budget was adopted by the supervisors Tuesday afternoon.