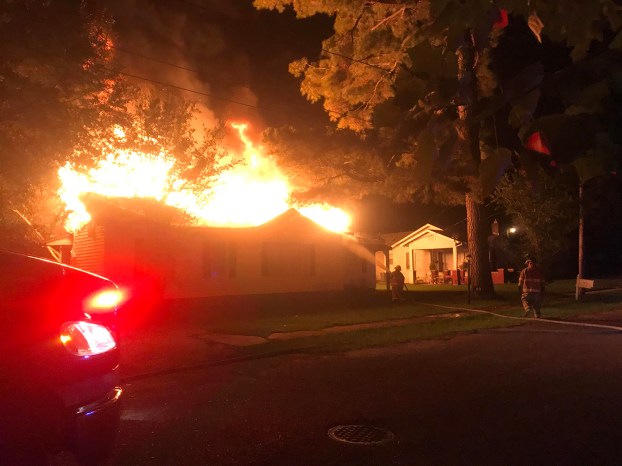 Firefighters with the Prentiss Fire Department were called to a house fire just after 11 p.m. Sunday night right off Columbia Avenue on Sixth Street in Prentiss. The home, previously owned by Brock and Ki Long,  was a total loss. Greg Dyess and Krystal Landrum were the new owners, but were not home at the time of the fire. No injuries were reported.