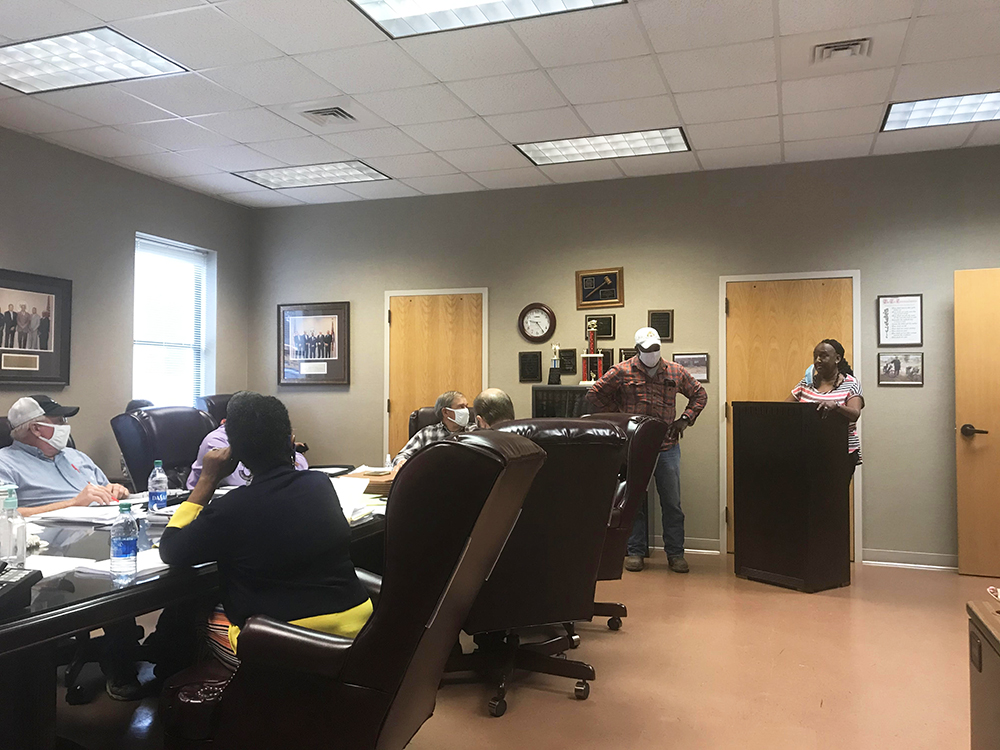 Holley Cochran / The Prentiss Headlight—Alice Abram addresses the board of supervisors Monday seeking answers for the unsolved murder cases in JDC.

Parents of  Stephen Abram spoke with the Jefferson Davis County Board of Supervisors at its meeting Monday concerned over unsolved murders in the county.

The Abrams’ son, Stephen Abram, was murdered, along with a friend Patrick Hartzog, in December 2017. The two were killed on White Rogers Road.

Less than two weeks later, Reginald Hartzog was found dead of a gunshot wound in a burned home on Hartzog Magee Road.

Edna Brister was found dead outside her burned home on Hwy. 13 North on Feb. 12, 2018. She had  multiple stab and gunshot wounds to the abdomen and back.

“Me and my husband hurt,” said Alice Abram.

“We hurt. We hurt that someone took our only son’s life.”

“It is going to be three years in December and we have no answers.”

“What can ya’ll do to help the sheriff’s department. We have got to do better in this county.”

“We know the families are hurting. We want nothing more than to solve these murders,” said Jefferson Davis County Sher

“We have turned the cases over to the district attorney who has enlisted the help of the FBI.”

“Sometimes it takes more time to solve a case than we would like. We want to make sure everything is handled properly so if and when there is a conviction, it will stand. That takes time.”

If you have any information regarding these crimes, please call the Jefferson Davis County Sheriff’s  Office at 601-792-5169 or Metro Crime Stoppers. Tipsters can call 601-582-STOP(7867) or go online to www.p3tips.com.  Tipsters must call or contact Metro Crime Stoppers online to be eligible for a cash reward.

Tips are confidential and no calls are taped, traced or recorded.  All callers are given an identification number to claim cash reward money.