Fortenberry receives no bond after escape 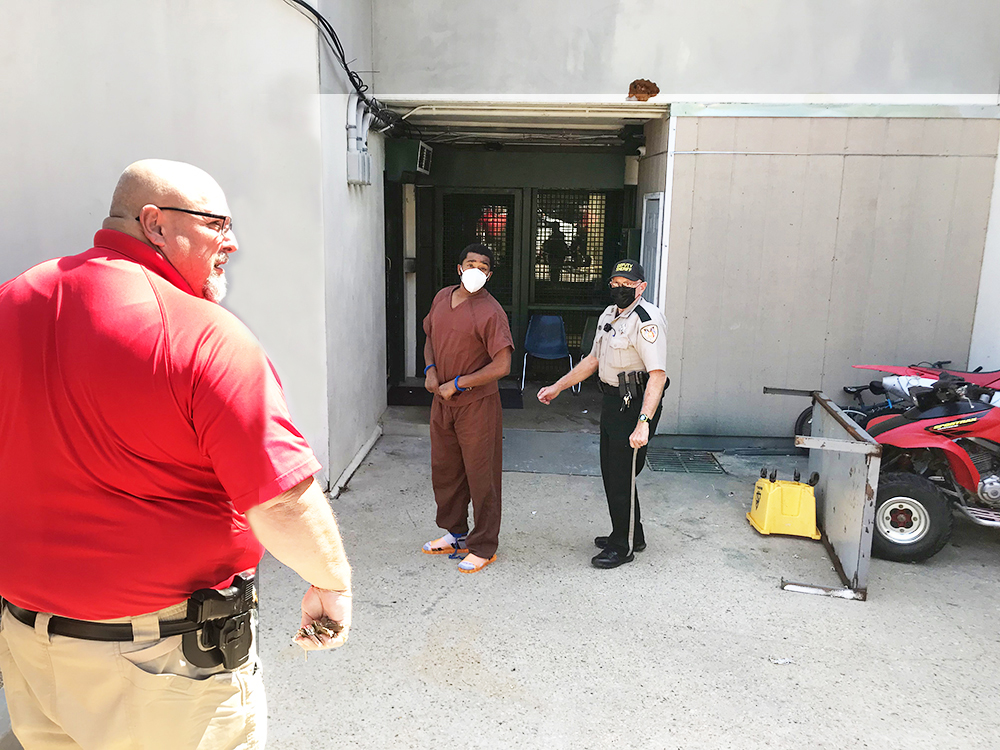 Desmond Fortenberry was transported back to Jefferson Davis County for a hearing last week on charges of escape.

Fortenberry was charged with felony escape and given no bond.

After the hearing he was transported back to Simpson County where he will remain until his trial.

“It is in the best interest of our jailer, dispatcher and other employees that Desmond not be contained in our jail,” said Cooley.

Fortenberry was   apprehended by the U.S. Marshals Service and taken into custody in Chicago, Illinois, on Sept. 17.

He and his brother, Marcus Bridges, escaped from the Jefferson Davis County jail on July 23.

He was in the Jefferson Davis County jail after being charged with the murder of Carlos Taylor behind the Prentiss Post Office on Tyrone Drive on Nov. 20, 2019.

He also has a possession of a weapon by a convicted felon charge.