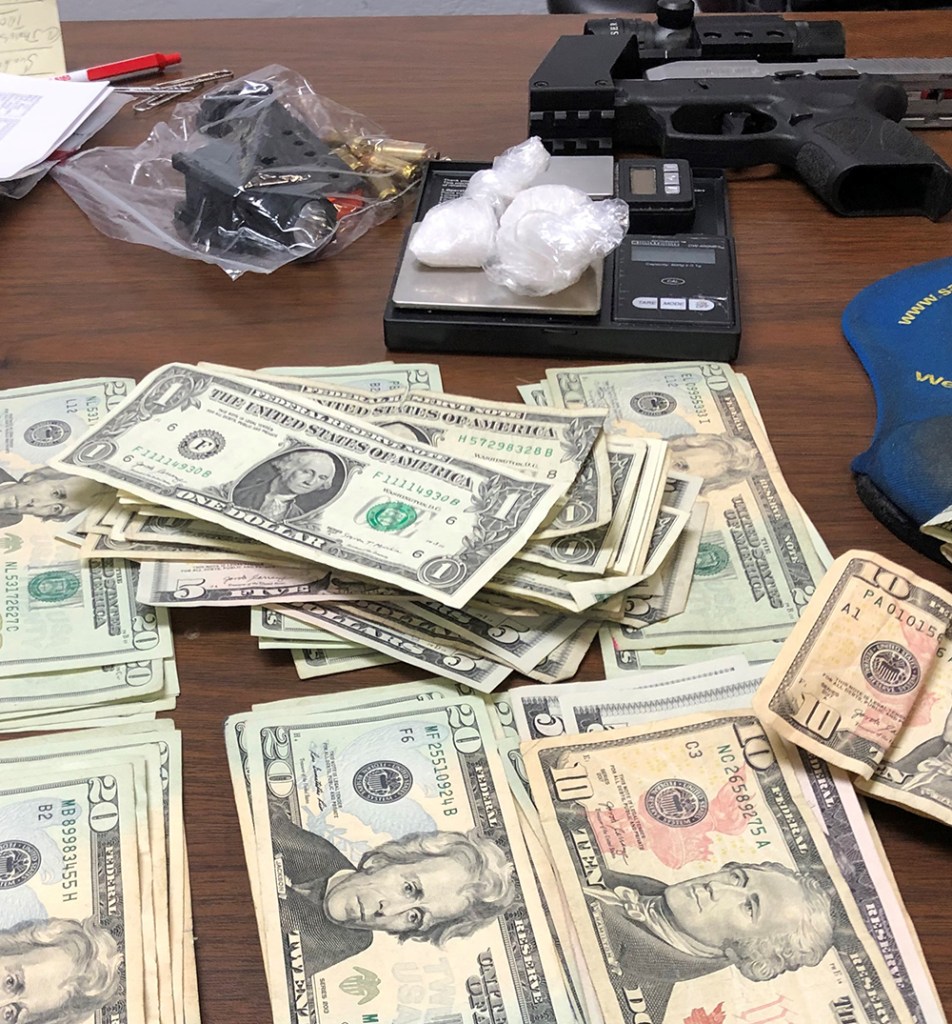 The Prentiss Headlight—Approximately 24 grams of methamphetamine, an envelope of U.S. currency, and a handgun were seized after a traffic stop on Second Street in Prentiss last week.

A traffic stop in Prentiss landed one in custody last Tuesday.

After the initial investigation it was determined that the occupant of the vehicle had a suspended license for a previous DUI.

The occupent, Sherkeria Coeshia Williams, was then seen trying to conceal a bag inside the vehicle.

After a search of the bag, approximately 24 grams of a crystallized substance was found, along with an envelope which contained U.S. currency.

A handgun was also found inside the vehicle.

Williams, of 794 Tyrone Drive in Prentiss, was arrested and charged with possession of a controlled substance (methamphetamine) with intent to distribute with enhancement, while in possession of a  firearm.

“We are not going to tolerate illegal substances being transported, sold or used in our community, said Prentiss Detective Richard Browning.

“We love our community and are tasked to make it safe for all.”

“Let this serve as a warning, you could be next if that is what you are doing.”