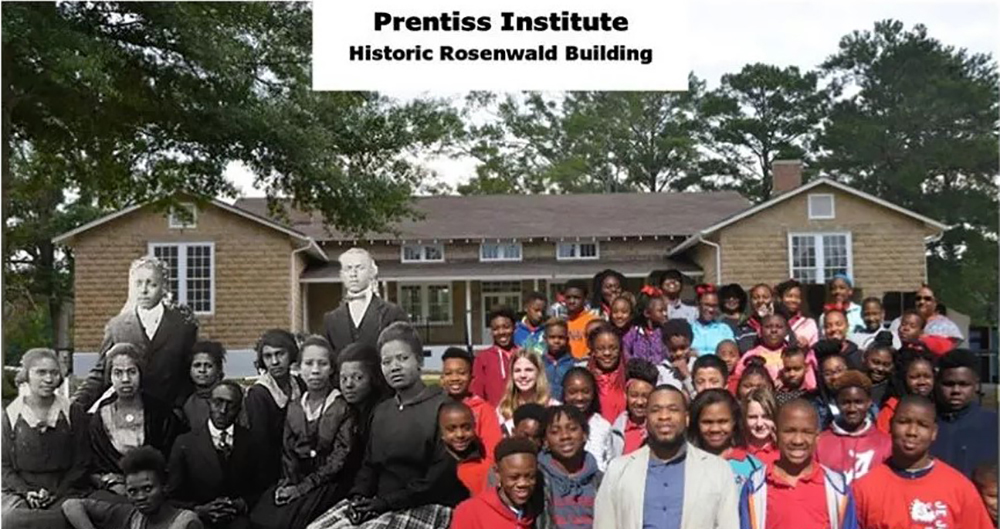 Across the nation, pieces of Black History are slowly disappearing.

However, in Prentiss, there is a group of people working to restore and preserve the landmark Prentiss Institute.

Prentiss Institute opened its doors over a century ago to African American youth who were hungry for education, yet barred from attending white-run schools.

Although the Institute closed as an educational facility in 1989 because of decreased enrollment, it continues to provide Black History programs, a museum and cultural services.

It remains an important community center in Central Mississippi, providing event space for organizations and families in its historically restored Rosenwald Building.

Among the many thousands of alumni of the Prentiss Institute is the Rev. Dr. Isiac Jackson, President of the General Missionary Baptist State Convention of Mississippi, Inc. Jackson was a student from 1965-1967 when the Institute was a junior college.

“One of the things I liked about Prentiss was that it gave you a liberation from stuff you couldn’t do, or that you thought you couldn’t accomplish,” said Jackson.

Now, in 2021, Prentiss Institute is poised to increase its impact and breadth of service to the community by serving as a venue for state, national and community events, developing educational and job training programs for all ages and stabilizing operations, restoration and preservation to ensure its continuity as an important center of the community.

The Board of Trustees has launched a GoFundMe campaign to raise $50,000 to support operations and develop new educational programs at Prentiss Institute.

The board is reaching out to all who recognize the importance of preserving Black History in Prentiss to help make this happen by making a one-time or recurring donation to the restoration fund. (Prentiss Institute GoFundMe)

Donations are 100% tax deductible and will be used to support program development and delivery, operations, and renovations.

More information on this effort can be found on the Prentiss Institute Facebook page.

“I hope you will join me in supporting this effort,” said Prentiss Mayor Charley Dumas. “It was an amazing venture that served so many people over decades.”