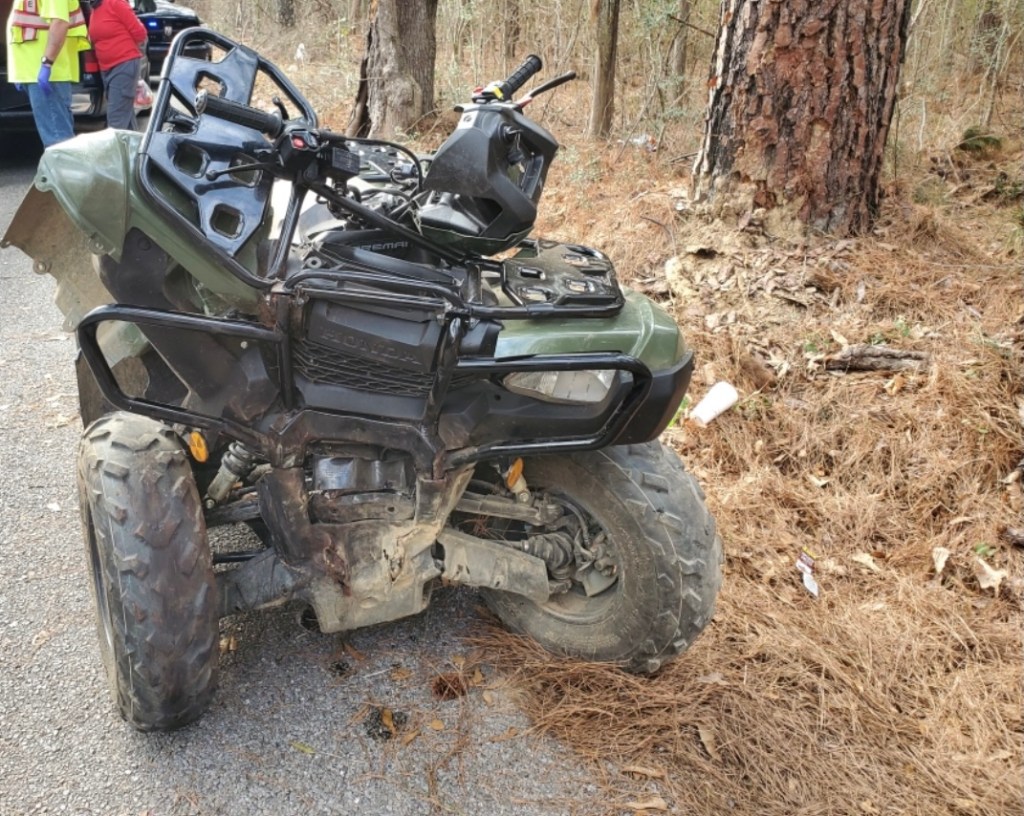 The J. E. Johnson student that was killed Wednesday afternoon following a four-wheeler accident has been identified. According to law enforcement officers at the scene Ahlaysia Williams was driving the four-wheeler with Tykevious Daniels riding as a passenger.

The accident happened just after 2 p.m. and occurred roughly 1.5 miles off Hwy 42 on Two Miles Road just outside Prentiss. Williams was pronounced dead on the scene. Daniels was rushed to Wesley Hospital in Hattiesburg with complaints of back pain.

Law enforcement officers say the Williams lost control of the ATV, causing it to run off the road and hit a ditch and pine tree. Williams and Daniels were cousins and according to officers neither was wearing a helmet.