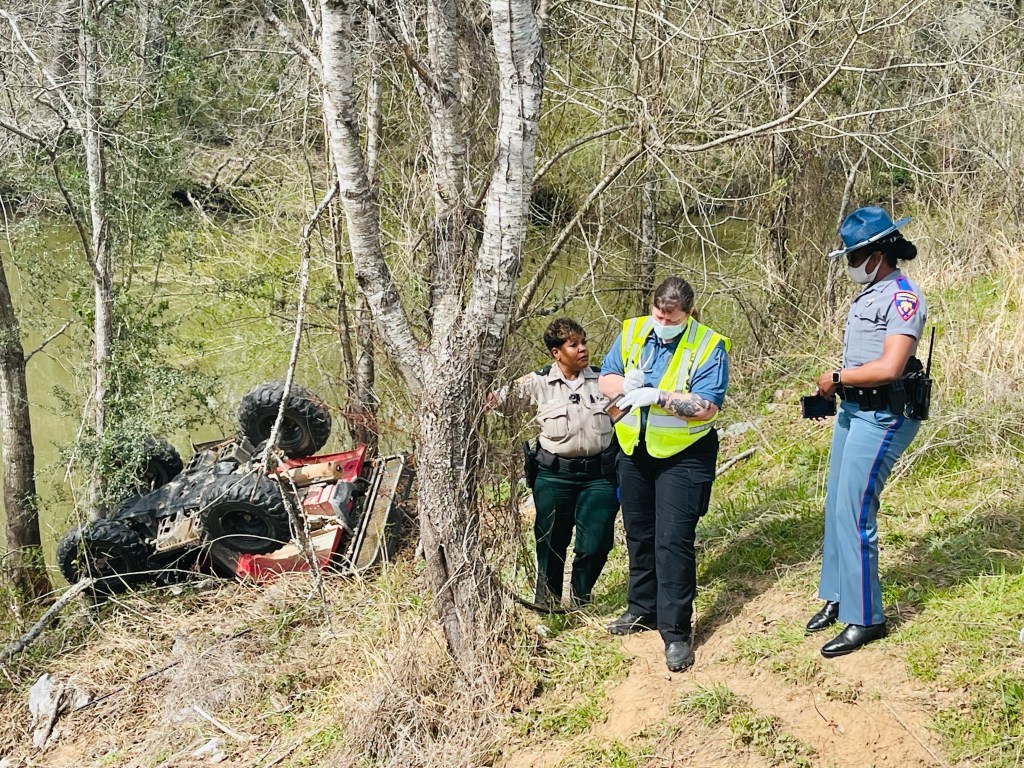 Holley Cochran / The Prentiss Headlight—Law enforcement officials work the scene of a fatal ATV accident at the Bouie River Bridge on Hwy 541 in Jefferson Davis County.

The call came in to the Jefferson Davis County Sheriff’s Office just after 1 p.m. by a passerby who noticed a wrecked four-wheeler just off Hwy 541.

According to officials, Lonnie Holloway of Mt. Carmel Road, was traveling south on Hwy 541 when the ATV left the roadway at the Bouie River Bridge. The ATV collided with a tree, causing it to overturn. Holloway was ejected from the four-wheeler and pronounced dead at the scene. His fishing equipment was nearby. Jefferson Davis County Sheriff’s Deputies, the Prentiss Fire Department and AAA assisted the Mississippi Hwy Patrol at the scene. The investigation is ongoing.