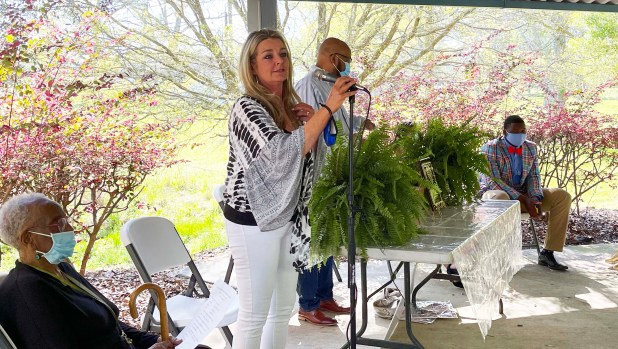 Holley Cochran / The Prentiss Headlight—Bassfield Alderwoman Angie Speights Ladner welcomes everyone to the ceremony held Sunday remembering those affected by the Easter 2020 tornadoes. 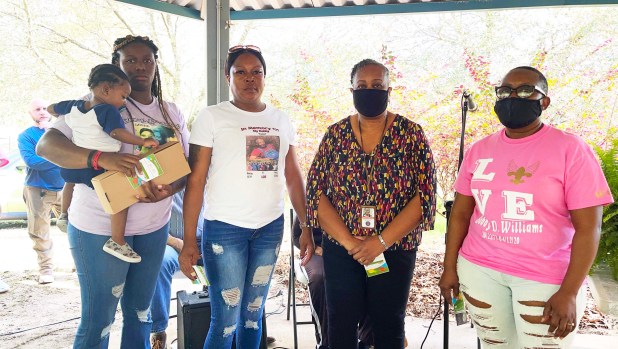 Holley Cochran / The Prentiss Headlight—Jefferson Davis County Emergency Management Director Jocelyn Ragsdale is pictured with family members of three of the victims that lost their lives in the Easter 2020 tornadoes. 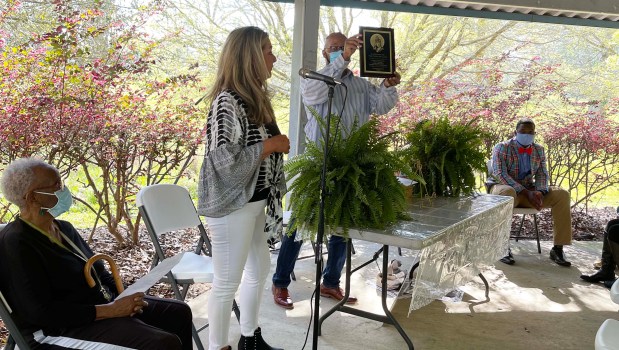 Holley Cochran / The Prentiss Headlight—A plaque with the Easter 2020 tornado victims' names will be placed in Bassfield City Hall. 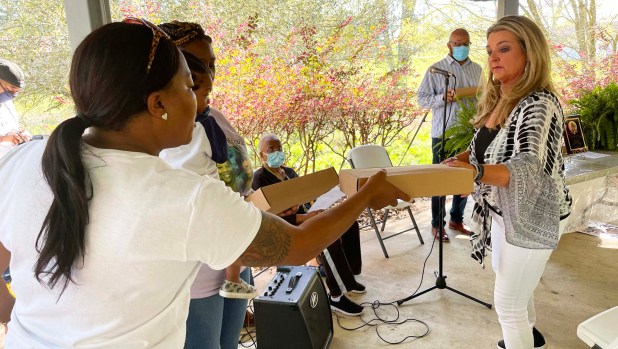 Holley Cochran / The Prentiss Headlight—The Town of Bassfield presented wind chimes to the four families that lost loved ones. 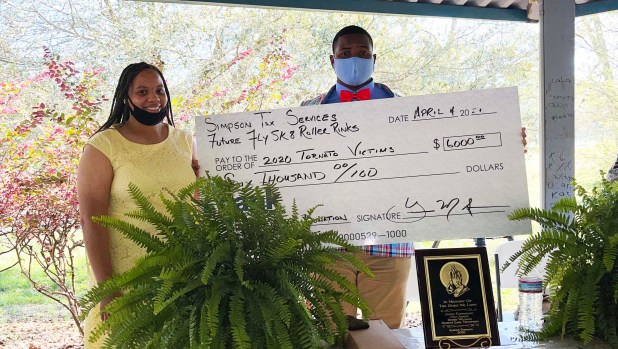 Holley Cochran / The Prentiss Headlight—Simpson Tax Services of Bassfield presented a check that will be dispersed among those that suffered damage in the Easter 2020 tornadoes. 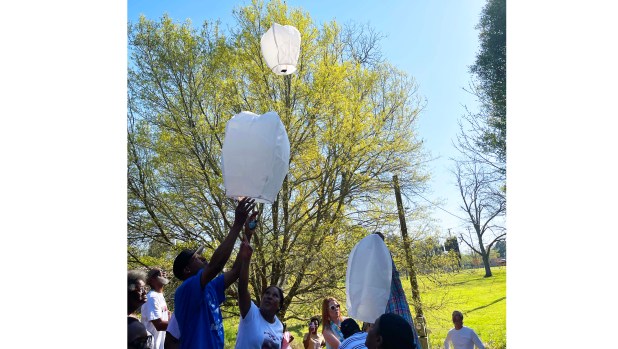 Holley Cochran / The Prentiss Headlight—At the conclusion of the service, a lantern was released for each of the four victims: Joann Easterling, Nina Adams, Robert Thompson and Bobby Williams.

A memorial service was held Sunday in Bassfield one year after two devastating tornadoes ripped through the area killing four.

The ceremony was held in Faler Park at 4 p.m., the same time the first tornado hit.

Bassfield Alderwoman Angie Speights Ladner welcomed those in attendance and unveiled a plaque of the victims’ names that will be displayed in Bassfield City Hall. A poem about the tornadoes and victims was read by Dr. Jason McCleod. Wind chimes were given to the families of the four victims. They were also presented with a token of love from the Knights of Pillar Nursing Association out of Canton.

“Those far and near can say what they will or may about Jefferson Davis County, but we are one,” said Emergency Management Director Jocelyn Ragsdale. “We walked together on that day.

Four lanterns were released at the conclusion of the service, one for each victim.

The two tornadoes ripped through Jefferson Davis County Easter Sunday 2020 leaving 100 homes damaged or destroyed and 80 people displaced in the county resulting in more death and destruction than any other county affected by the storms.

Four people were killed when the first tornado struck Mama D’s on Graves Keys Road. Killed were mother and daughter Joann Easterling and Nina Adams, and Robert Thompson.  All three died on the scene.

The National Weather Service said the tornado that started in Walthall County and then moved to Jefferson Davis County, Covington and Jones Counties had a rating of EF-4 with 170 mph winds.

WAPT Chief Meteorologist David Hartman said it was possibly the strongest he had seen on radar in his career.

Governor Tate Reeves surveyed the damaged area and met with local officials days after the devastation.