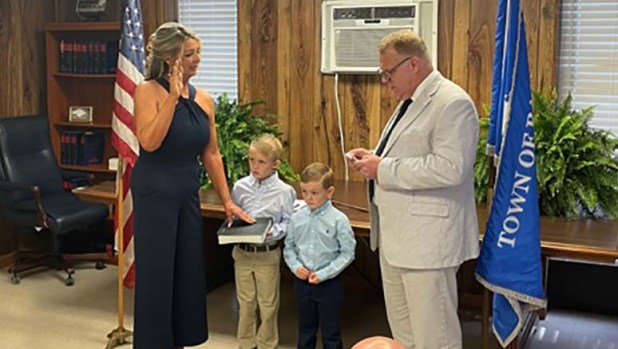 Holley Cochran / The Prentiss Headlight—Angie Speights Ladner is sworn in as the Mayor of Bassfield. Ladner’s great nephews Zach and Dawson Carney are holding the Bible. Former Bassfield Mayor Pat Courtney presented Ladner with the “Keys to the Kingdom” and the gavel she will use to preside over the meetings following her oath. 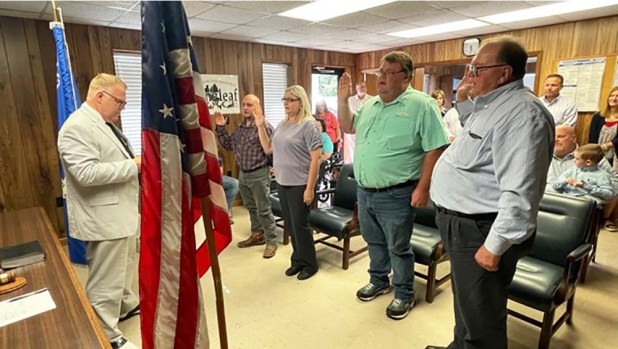 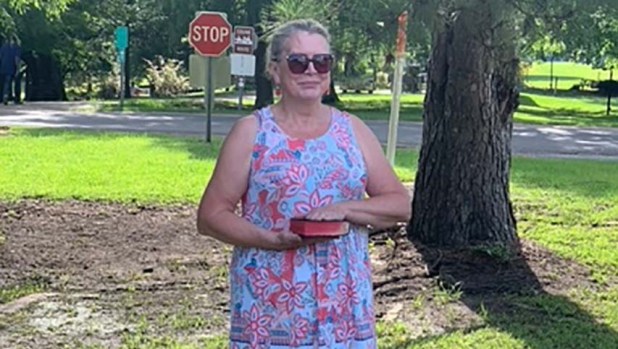 The Prentiss Headlight—Lisa Blount was also elected Bassfield Alderwoman and took the oath in Faler Park prior to the ceremony.

The Bassfield Mayor and Board of Aldermen were sworn in last Thursday and began their duties immediately. The elected officials were sworn in by Bassfield Municipal Judge Reggie Blackledge.