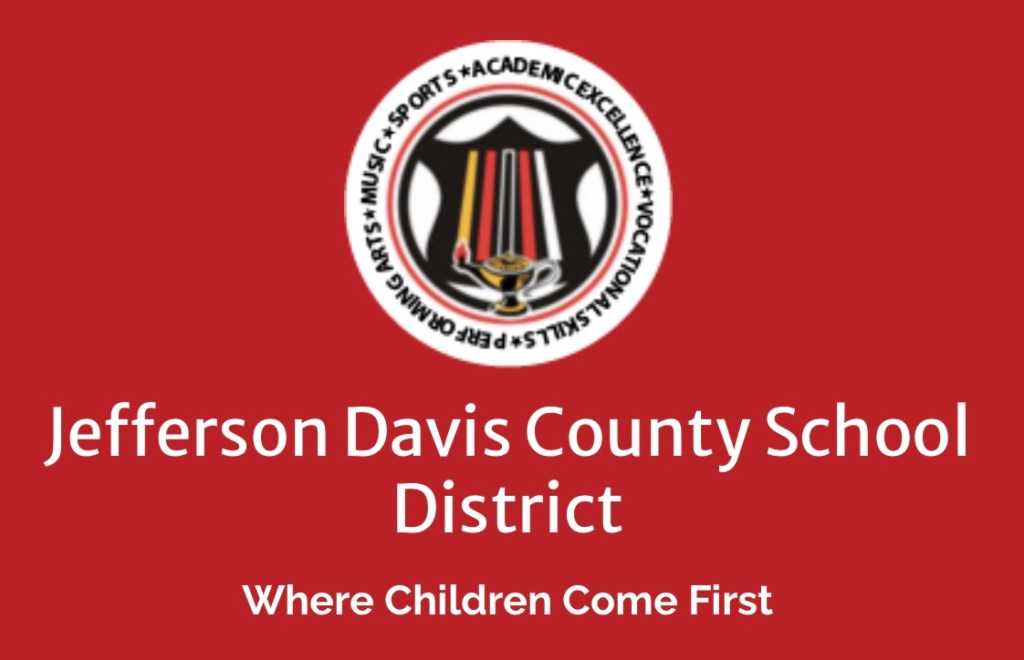 There will be no tax increase requested from the Jefferson Davis County School District for the next school year. The budget will remain the same as last year.

In the fiscal year end board meeting held last week, the approval of resolution for ad valorem tax request did not pass. Districts 1, 2, and 4 voted against, Districts 3 and 5 for.

A special called school board meeting was scheduled for the following day for additional discussion regarding the budget and ad valorem increase.

“Had we approved to add another administrative position, said District 2 School Board Member Bobby Wilson, that is where the increase would have been needed. If the 4 % was going to pay for that, and we didn’t do that, then we don’t need the 4%.”

“Basically, the new administrative position that we are not adding would have been $125,000. We are being asked for an increase of $190,000, so we would only have a $65,000 shortfall. Why can’t we use the first quarter interest from the 16th section land for the shortfall?”

“I make a motion that the amount of the request not increase and be the same amount as what was requested last year,” said District 1 School Board Member Terri Stamps. Wilson seconded the motion before it moved to the floor for discussion.

“We do understand that without the 4% increase, we are still faced with a budget shortage, according to the budget expenditures,” said Board President Von Norwood.

“What Bobby said made a lot of sense,” said Stamps. “Because of the interest we will receive from the 16th section land and then Ms. Copeland has already said that she can go in and cut the budget in some areas to make up for the deficiency.”

“The interest in the 16th section fund, a lot of those monies have already been allocated and a portion of that money went to the capital improvement budget too,” said Norwood. “It is not like we have $190,000 just sitting and waiting. We don’t have that luxury.”

“That is easier said than done,” said Norwood.

“I don’t want the children to be hurt,” said District 3 School Board Member Nadine Thompson. “Everything now is costing more. I don’t want to cut so much that it hurts our children. When you cut you have to watch where the cuts are going to be.”

“For clarity, we are not cutting, said Stamps. We are remaining the same as last year.”

“We are just asking the business administration to operate on the same funds as we did the year before,” said Wilson.

“The groceries I bought last year are much more expensive today, so we have to consider that,” said Thompson.

“I have always asked questions through the year when I felt we were spending excess money,” said District 4 School Board Member Shonda Ard Kelly. “I would say, are we going to be ok, are we going to be fine? And I kept hearing the same vague statement that pretty much we are a rich district, or we have plenty of money, or we are not hurting. Those are some of the statements I have gotten over the last year.”

“The board and administration decided to do a $14 million dollar renovation and construction at all of our schools,” said JDCSD Business Manager Shelia Copeland. “We took 1.5 million out of savings, 1.5 million from 16th section loans and increased expenditures by $441,000 for loans that we have to pay next year. Those are the changes.”

“When we were voting on that scoreboard, no one else but me saw this coming?” said Kelly. “Because I knew we had a big expensive renovation coming. Because it passed and nobody talked then about how we were going to be taking from the children.”

The motion to keep the budget the same as last year with no increase request carried with a 3-2 vote. Districts 1, 2, and 5 voted for, Districts 3 and 4 voted against.