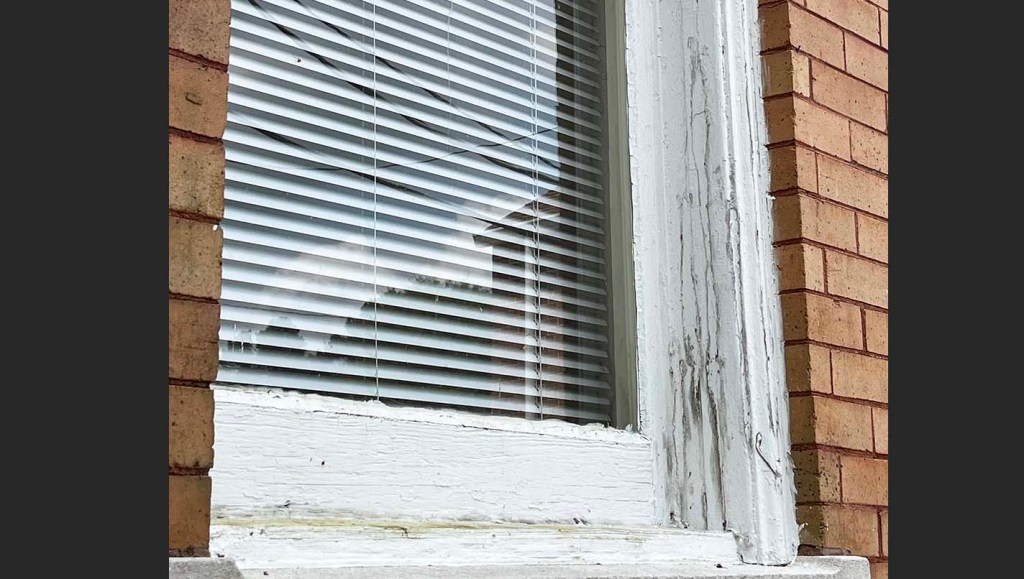 Holley Cochran / The Prentiss Headlight—The wood windows at the Jefferson Davis County Courthouse are showing signs of deterioration. The Board of Supervisors are seeking a grant for the restoration.

The Jefferson Davis County Board of Supervisors met for the first August meeting Monday in Prentiss.

The public hearing on objections to assessment and the discussion of the payroll position was continued.

President Bobby Rushing reported on the condition of the windows at the courthouse that have been deteriorating.

Rushing met with the Chief of Technical Preservation Services at Mississippi Department of Archives and History Mingo Tingle on Friday to discuss options for repair.

There is a grant at the Department of Archives and History that will pay 80 percent for repair to historical structures.

“Mr. Tingle took a lot of pictures of the windows and wood failure and said it would definitely qualify for the grant,” said Rushing.

Jefferson Davis County Engineer Les Dungan will oversee the project. His fee is fully reimbursable by the Department of Archives and History.

“Mr. Tingle has a passion for our courthouse and talked extensively about our previous remodel. He feels we have a good chance at getting the grant.”

Dungan agreed to take over the project and apply for the grant before the Oct. 1 deadline.

He reported that the work at John Thompson Sports Complex has begun and the repair to the wood fence is essentially complete. The contractor has started replacing the chain link fence which will take three to four weeks to complete. Once that is complete, he will install the polls, netting and backstop for fields one and two.