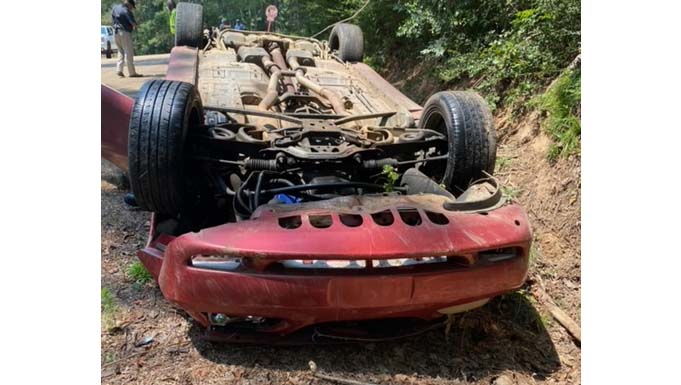 First responders were called to a one vehicle accident on Santee Baptist Church Road shortly after 11 a.m. on Aug. 4. A red Ford Mustang driven by Timothy Scott Gatwood, 35, of Prentiss was upside down in the roadway just hours after he was released from the Jefferson Davis County jail. According to Jefferson Davis County Sheriff’s Deputies, a witness stated that he heard squealing tires, looked up and saw Gatwood hit an embankment before the car landed upside down. He was pronounced dead on the scene. Gatwood had been charged with two counts of domestic violence the day before the accident. He turned himself in and was booked into the jail before posting bond the following morning.