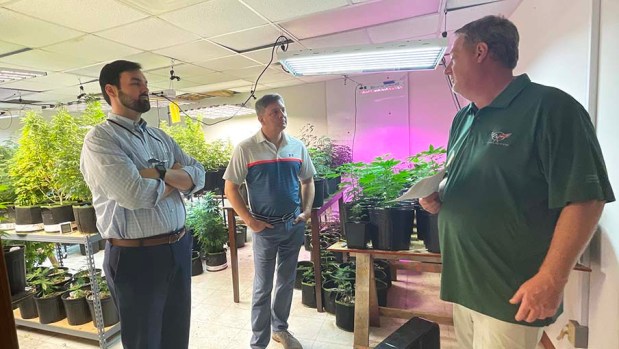 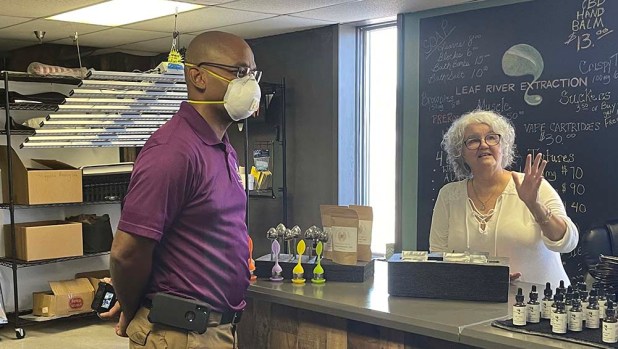 Holley Cochran / The Prentiss Headlight—3. Melanie Sorenson tells Rep. De’Keither Stamps the basics of hemp growing before beginning his tour of the facility. 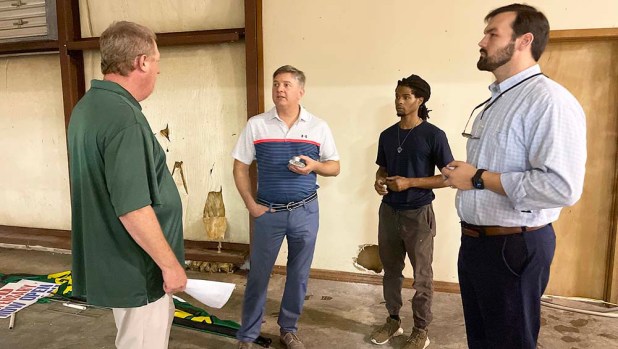 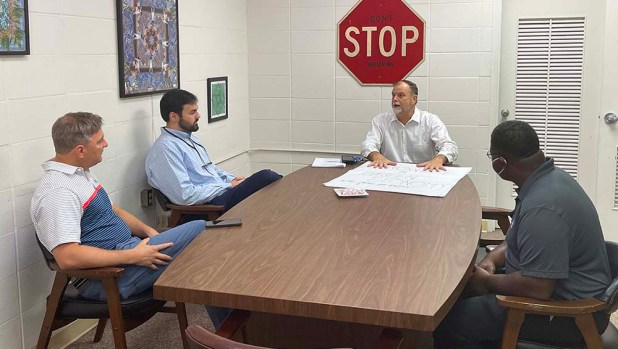 “I wanted to invite our representatives and senators in the government to come see the positive things that are happening in our county,” said Bass.

Sen. Joey Fillingane and Rep. Noah Sanford, along with Jefferson Davis County Extension Agent Thomas Brewer, met with Bass at the Economic Development Office prior to the tour. Bass laid out his plan of growing a green economy in Jefferson Davis County, as well as his plans for developing the Hwy 84 corridor, the Longleaf corridor and improving tourism in the county.

“I intend to grow the economy in Jefferson Davis County from the ground up. We were most prosperous when we were totally agricultural, and everyone was growing a crop.” Bass is focused on making sure everyone is educated on the hemp industry understands the process.

“This is a grassroot effort from people locally and the private sector trying to build jobs here. I want you here as our representatives and want you involved in it. I want to create an awareness so that you can help keep the farmers in your focus.”

Leaf River Extraction owners Eric and Melanie Sorenson explained hemp manufacturing to Fillingane and Sanford while they observed each part of the process.

“We so appreciate you coming,” said Melanie Sorenson. We are excited about getting the word out to you, our legislators, that we are a legitimate business and we grow a legal commodity. The Sorenson’s feel there is not enough education out there about hemp and hemp processing. “We are willing to go anywhere at any time and talk to anybody, so we can get the word out as to what this is all about. Jefferson Davis County has opened their arms wide. They see the future of this.”

“This is exciting and interesting,” said Fillingane. “I have never had any experience with hemp, so it is very eye-opening and educational.”

“I saw a story out of Jackson that Rep. Stamps was interested in hemp production, so I reached out to him as well so he could see what we have going here,” said Bass.

“I want to create a green economy from the ground up and what is great is that hemp has the potential to have the agricultural boom this county has had in the past.”