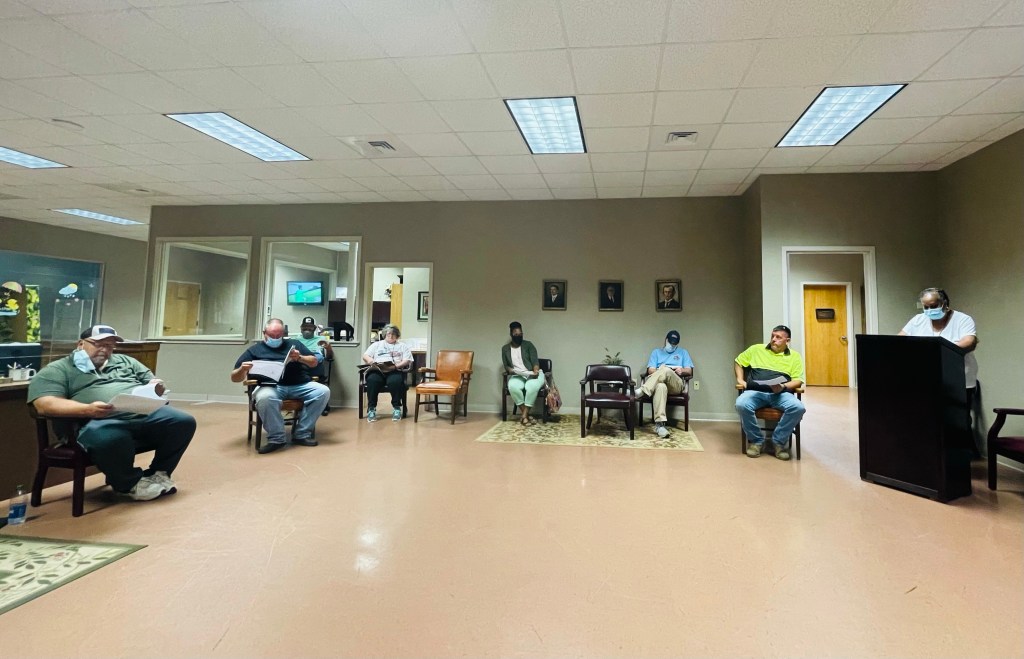 Winds from Ida are expected to reach 45-65 miles per hour in Jefferson Davis County Monday and could be up to 39 miles per hour as early as 6 p.m. Sunday.

Downed trees and power lines with extended power outages are expected. “If you come across a downed tree with a power line in it, please do not touch it,” said District 1 Supervisor Corky Holliman.

The county is projected to get four to eight inches of rain from Sunday night until Tuesday. The county is currently under a Tropical Storm Warning and a Flash Flood Watch.

All JDC county offices, the Towns of Prentiss and Bassfield, the Jefferson Davis County School District and Prentiss Christian School will be closed Monday.

“The first 72 hours everyone is on their own,” said Ragsdale. “That gives us time to get everything lined up and get people in here for assistance.”

After 72 hours, initial points of distribution (POD) sites are:

According the the JDC Department of Human Services Director Maria Durr, shelters will be set up at the former Prentiss High School and Jefferson Davis County High School. DHS will take the lead on the shelters and be assisted by the Red Cross.

Once the shelters are open, temperatures will be taken and those with Covid symptoms will be isolated.

“Once the miles per hour reaches 35 sustained winds, all county crews need to head to safety,” said Holliman. “Once they go in at 35 miles per hour, the dispatchers need to start keeping a list of where the trees are down.”

“I agree,” said District 5 Supervisor Bobby Rushing. “I’m not going to put my men in danger.”

According to Jefferson Davis Community Hospital Administrator Alania Cedillo, ambulances with AAA will not run once winds reach 45 miles per hour.

The Board of Supervisors has called an emergency meeting Tuesday morning at 9 a.m.

“Time spent preparing, if nothing happens, is still a good investment in making sure you have a plan, said Ragsdale. “Preparedness saves lives. Let’s hope for the best, but plan for the worst.”