Desmond Fortenberry pleads guilty to the murder of Carlos Taylor 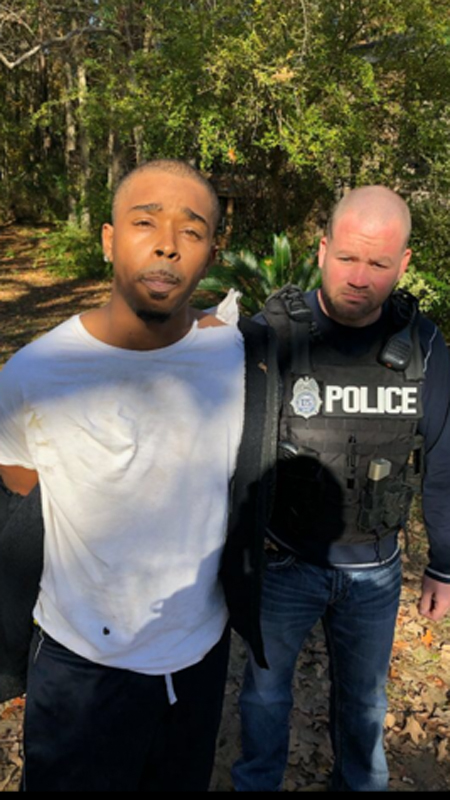 The Prentiss Headlight—Desmond Fortenberry (left) was taken into custody by a Lamar County Sheriff's Deputy after being charged for the murder of Carlos Taylor in Nov. 2019.

A special session was held in Lawrence County Circuit Court Monday with Judge Anthony Mozingo regarding the sentencing of Desmond Fortenberry. A trial was scheduled for later this month, but Fortenberry accepted a plea deal in return for a likely shorter sentence.

Fortenberry was accused of killing Carlos Taylor on Nov. 20, 2019, on Tyrone Drive in Prentiss.

According to officers, Taylor was shot multiple times in the chest, side and neck, but was but able to talk when he arrived at the Jefferson Davis Community Hospital emergency room.

Taylor gave his account of what occurred during the shooting to Prentiss Police Detective Richard Browning in the ER before he died from his injuries a short time later.

Desmond Fortenberry, 29, of 580 Zion Hill Church Road, was identified as the shooter early in the case and a warrant was issued for his arrest. Fortenberry was taken into custody by Lamar County authorities and Det. Browning the morning of Nov. 23, 2019, at the 100 block of West Hills Road in Hattiesburg.

The following year, Fortenberry escaped the Jefferson Davis County Jail on July 23, 2020, and was on the run until he was apprehended in Chicago, Illinois on Sept. 17, 2020.

According to Browning, Fortenberry was read out loud the articles of the crime in court Monday by Assistant District Attorney, Christina Holcomb, and acknowledged the articles were true and stated he was guilty.

“I was the last person to talk to Carlos,” said Browning. “In our brief conversation at the Jefferson Davis Community Hospital, Carlos, gave his family a last gift which was a path to justice.”

Browning is relieved this case is solved and the family can move forward. “This type of case effects more than just the victim. It also effects the family and friends who must live without their loved one and suffer great pain that will likely never completely heal. In the end, we made a rock-solid case against Fortenberry. It all started with Carlos Taylor’s dying declaration which lead us to an insurmountable amount of evidence proving Fortenberry was Taylor’s killer.”