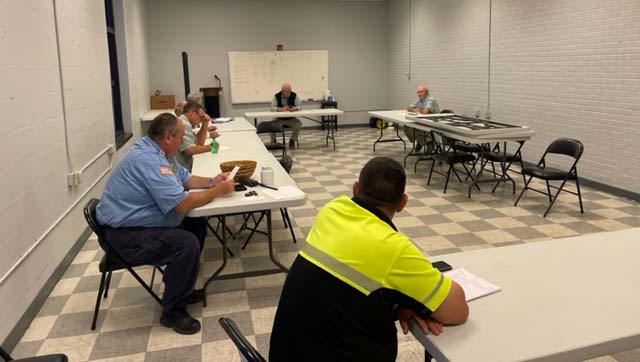 The Mayor and Aldermen of the Town of Prentiss met in a regular meeting on Oct. 19, at Ronald W. Jones Memorial Safety Complex in Prentiss. Mayor Charley Dumas presided over the meeting. Aldermen in attendance were Willie Davis, Moochie Speights and Randy Stamps. Alderman Davis led in prayer and the agenda was adopted before departmental reports were given.

The old C-Store on Front St. and 184 has been condemned by the board. The structure will be removed and property cleared when schedule allows. The board approved lease financing of a tractor with a boom mower before the meeting was adjourned.