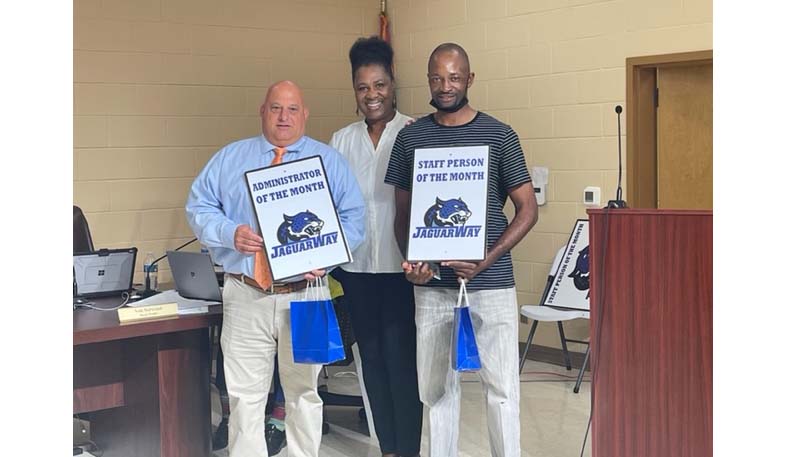 During the October meeting of the Jefferson Davis County School Board Superintendent Ike Haynes gave an update regarding an incident that took place at the A. E. Gray Field at J. E. Johnson Elementary between several JDCH students.

“Ninety-nine percent of the parents whose children who were involved in incident on campus have expressed remorse and promised it won’t happen again,” said Haynes. A video on social media showed Jefferson Davis County Students fighting in the area of the football field during a game.  According to Haynes the students have been punished with suspension, and will be given the option of spending 30 hours showing the right kind of character to redeem themselves. It will be up to the students to regain their privileges. “I want to mention to the public that the JDC Board of Education does allow corporal punishment to be used,” said Haynes. “We have high expectations for our student performance and how they conduct themselves in every aspect of the school experience whether it be the school bus, cafeteria, football games anywhere in our school district. We want the kids to rise as we know they can and we want to hold them accountable. Haynes is also researching ways to hold parents accountable. “This board is holding me accountable, and this community is holding me accountable for the conduct of the students at school. We have got to do better.”

After the agenda was adopted, September monthly recognitions were awarded.

“This man does it all for us in the district,” said Haynes. “If you need one bus route driven, he will drive it gladly. He will also drive double and triple routes, along with cutting grass, packing lunches and loading buses. Bassfield Staff Person of the Month was awarded to Randy Mikell.

“Whatever it is, this man is ready to do it because he loves children and his community.”

Reggie Stewart was awarded Staff Person of the Month for Prentiss. “Reggie coaches, helps with ISS, school safety, helps with lunches, picks up trash, locks and unlocks gates, cuts off lights and is the last person to leave the campus. He does everything he can do to help the district and the children.

Administrator of the Month was awarded to Coach Lance Mancuso. “We had a lot of work to do to get the field up and running at J. E. Johnson and to overcome 0-4 deficit playing larger teams was impressive. The moment I knew he was this month’s Administrator of the Month was when I saw him up taping off the scoreboard so it could be painted. Those selfless acts for the kids out there on the field really shows that.”

The financial report was given by Jefferson Davis County Business Manager Shelia Copeland and approved.

“The district is in good financial shape,” said Copeland. “We can buy the things that the students need.” According to Copeland, there shouldn’t be anything that the teachers need to teach the students that they are not getting. “Along with MAEP and our federal programs we are in good standing.”

District 4 School Board Member Shonda Ard Burre showed concern about a misconception in the community that the teachers are not getting what they need. “I want it to be publicly known that it is not true,” said Burre. “Please reiterate that for the community.”

“Anything that a teacher needs to teach their students we will provide for them.” Copeland says the teacher needs to go to their principal and let them know what they need. The principal will then go to the department head and make the request. “We can get anything that is needed, whether it be PPE or other supplies, we will ensure that the teachers get what they need to teach the students,” said Copeland.

After the financial report was given, the following agenda items were approved before the meeting was adjourned.