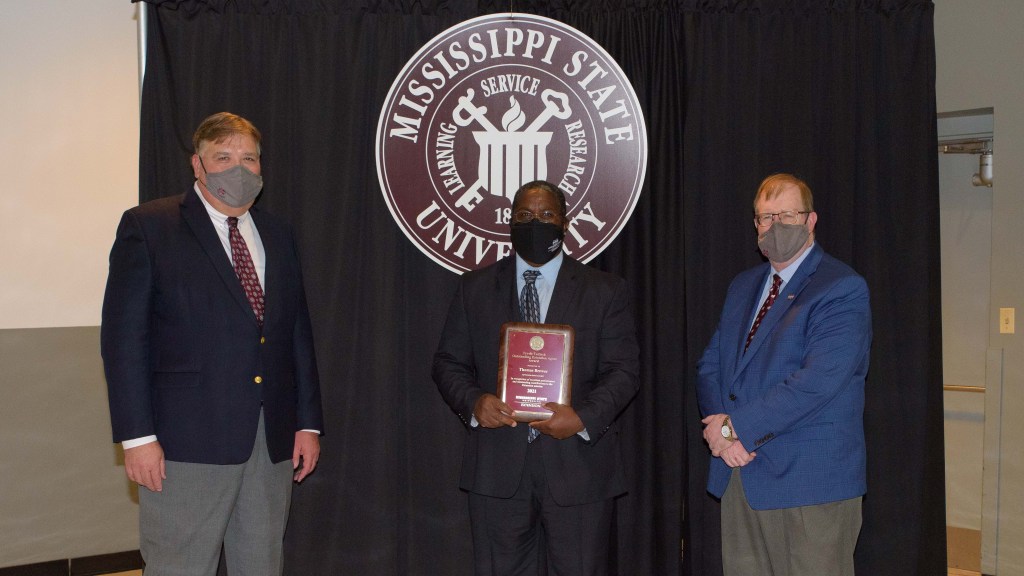 The history of the medallion began in the spring of 2017, when Extension Director Dr. Gary B. Jackson asked Agricultural Communications Head Elizabeth Gregory North to develop a medallion for Extension to give to recipients of the annual Outstanding Extension Faculty, Outstanding Extension Agent, and Director’s Awards. He envisioned something that would hang on a ribbon so faculty could wear it at graduation.  Dr. Jackson commissioned the creation of what became the Seaman A. Knapp medallion as a token of his appreciation for and recognition of the significant contributions of others to Extension’s mission.  Only three specified awards are given each year.