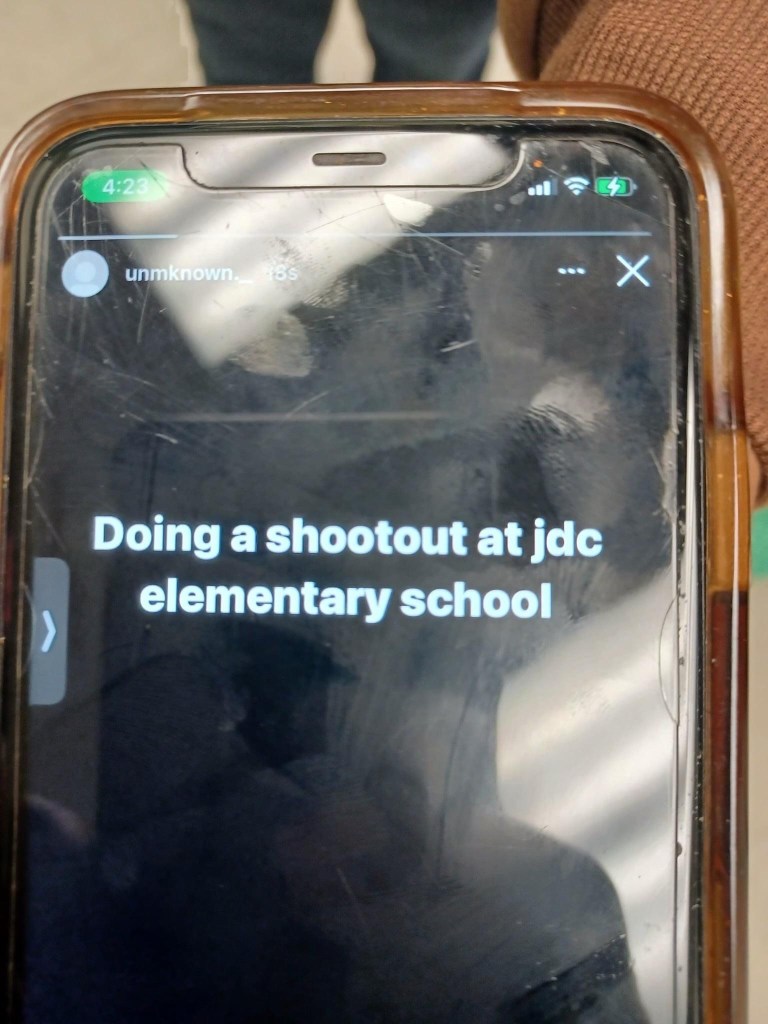 All three Jefferson Davis County schools were on lockdown Monday morning after a threat of violence was made on social media.

A social media post on Instagram was seen by a patron in the school district and reported to authorities. The post, under the username unmknown._, stated “Doing a shootout at JDC Elementary School.”

“We take each and every threat very seriously,” said Jefferson Davis County Sheriff Ron Strickland. “The safety of our children is our top priority.”

After a thorough search and with protective measures in place, it was determined that there was no imminent threat to the students in the school district. JDC Superintendent Ike Haynes contacted the Cyber Crime Division of the State Attorney General’s Office to investigate the origin of the social media post. “The children are safe and we are doing everything we can to keep it that way,” said Haynes. “Thank you for your prayers and support.”

If you have any information regarding this matter, please contact the Jefferson Davis County Sheriff’s Department at 601-792-5169.

This latest incident comes just two weeks after a gun was found at Jefferson Davis High School. Administrators received a tip from a parent Nov. 11 regarding a missing weapon from her home.

Acting on that tip from the parent, administrators confiscated a loaded weapon on the JDCHS campus on Nov. 12. The student was arrested by Jefferson Davis County Sheriff’s Deputies. According to Jefferson Davis County Superintendent Ike Haynes, the student will also be disciplined in accordance with school district policy. Two tasers were also confiscated on the campus in November.

Haynes is asking for the stakeholders’ partnership in the effort to keep the JDC school campuses safe. “Just as that parenting tip helped school safety, your efforts at holding your children to a standard will also help.”