One charged in Highway 84 homicide 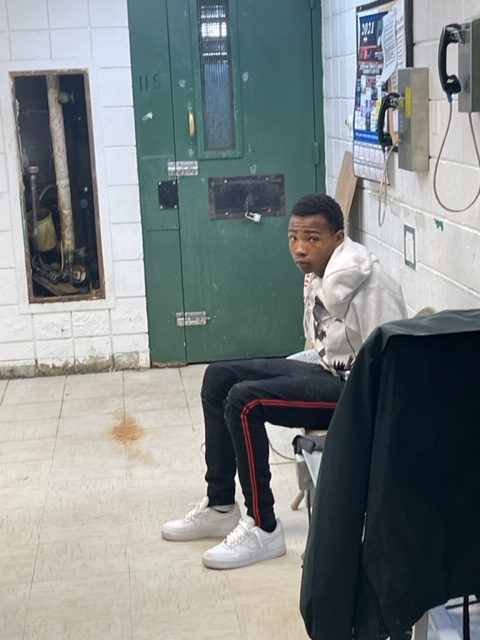 Holley Cochran / The Prentiss Headlight—Kadarrian Johnson, 15, of Prentiss has been arrested and charged with the murder of Jarriyon Davis.

Jefferson Davis County Sheriff’s Deputies have arrested and charged one with murder in the death of Jarriyon Davis. Davis, 24, was found dead on Highway 84 at Lucas Nov. 14 in what was originally thought to be a hit-and-run. Once authorities arrived on the scene, they discovered that Davis had also been wounded with multiple gunshots.

Kadarrian Johnson, 15, of Prentiss has been charged with murder. Johnson is being charged as an adult.

According to 15 Circuit Court District Attorney Hal Kittrell, the law gives the Circuit Court original jurisdiction with charges on anyone under the age of 18 who commits a crime that would carry a life sentence. One also can be charged as an adult if they were in use of a deadly weapon. In this case, both apply.

Also injured by gunfire was a juvenile, who was airlifted to UMMC in Jackson. He is reportedly home and recovering.

According to authorities, an unidentified Walmart truck driver traveling toward Prentiss initially called 911 to report a young black male trying to flag down traffic in the eastbound median of Highway 84. As the driver slowed down, she noticed a second person laying on the westbound shoulder of Hwy 84 just before Lucas Warner Road.

No other details have been released at this time.