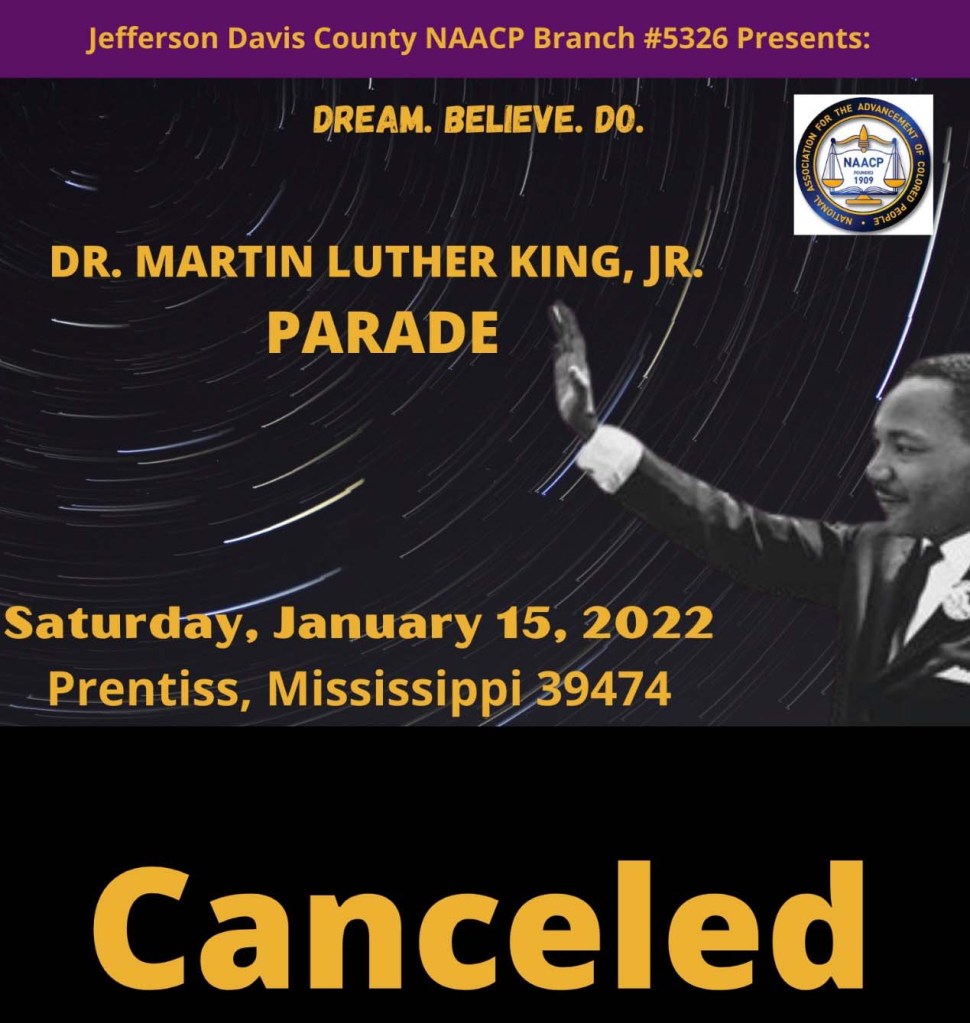 All schools in the Jefferson Davis County School District observed virtual learning from Jan. 6 through Jan. 12. Students will return to in-person learning on Jan. 13. Student meals were delivered daily during the virtual learning period. Virtual learning followed the same timeframe as the regular school day and attendance was taken.

State health officials are warning of the weeks to come and emphasizing the need for residents to stay up to date on their vaccinations after a record number of COVID-19 infections were reported last week.

“We know we’ve got some weeks ahead of us of severe stress, and the health system especially, is going to be going through a lot of pains,” State Health Officer Dr. Thomas Dobbs said during a press conference.

State Epidemiologist Paul Byers said that while an Omicron infection does produce milder illness than the Delta variant, the sheer number of cases the state is currently seeing will translate to increased hospitalizations and deaths in the coming weeks. This problem is almost certain to be exacerbated by the low number of monoclonal antibody and antiviral pill treatments the state is receiving. Currently, just under 75 percent of the state’s positive tests state are showing omicron infections.

The state is getting 50,000 additional rapid antigen tests next week, and is expanding the number of testing slots and locations when possible.

Most of the cases Mississippi is seeing during the omicron wave are among younger individuals, with the most rapid growth in the 25-39 age group. The most severe illness is occurring in those aged 65 and older. The majority of hospitalizations and 65% of the deaths seen in January have occurred in this age group.

CUTLINE: Those needing a COVID test have been lined up at the Prentiss Primary Care Clinic on Columbia Avenue in Prentiss for the last several weeks. JDC increased by 559 cases from Jan. 3. through Jan. 6.