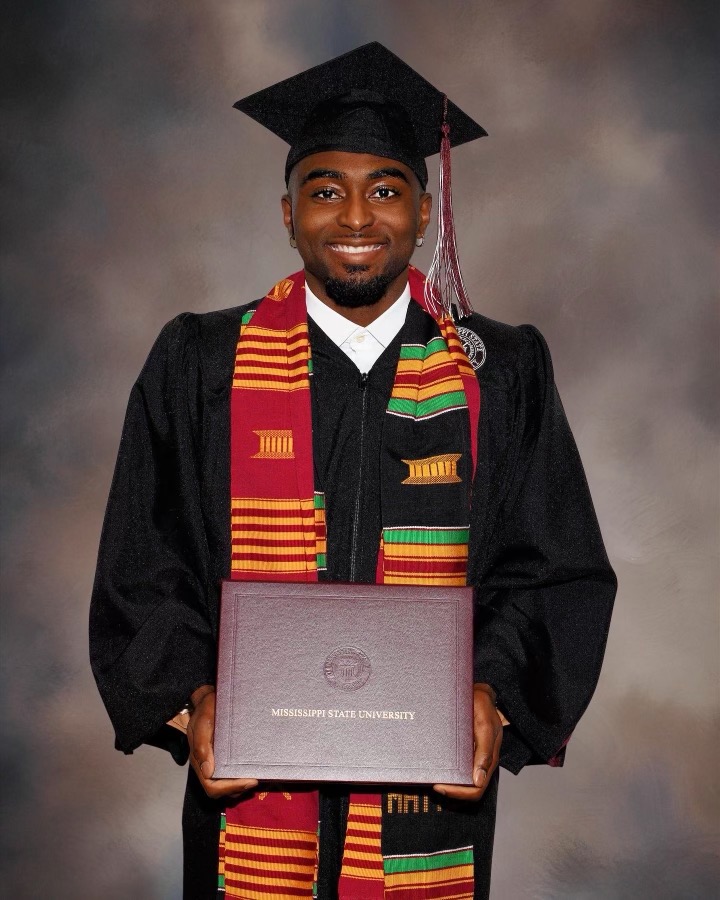 Rashad Williams, of Prentiss, received his Bachelor of Science Degree in Electrical Engineering with a minor in Math and Psychology from Mississippi State University on Dec. 10. Williams graduated from Prentiss High School in 2017. He is the son of Carnell and Teresa Williams of Prentiss.