Medical marijuana could soon be manufactured in Prentiss 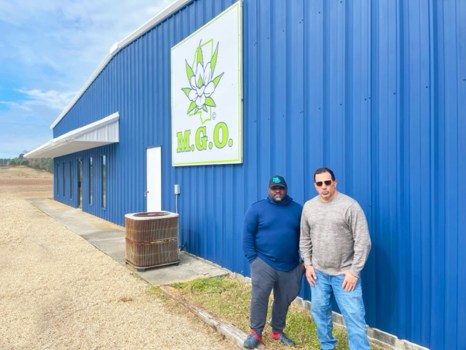 Holley Cochran / The Prentiss Headlight—Tom Moore (right) owner of Moore Companies, and Winston Ceasear (left) Director of Operations for Moore Companies in front of the Mississippi Green Oil Company that is soon to open in Prentiss. The company will manufacture medical marijuana. 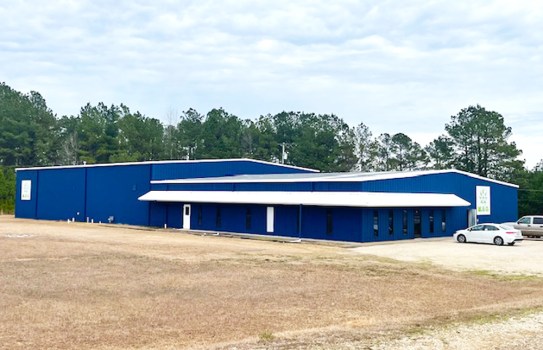 Holley Cochran / The Prentiss Headlight—Medical marijuana will be manufactured in Prentiss at the MGO company just off John Street Extension. It is house in the former Griffith's Tire warehouse. 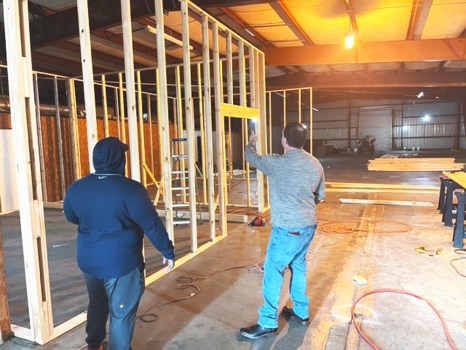 Holley Cochran / The Prentiss Headlight—Tom Moore and Winston Ceasear lay out the plan for the new MGO facility in Prentiss.

Medical marijuana could soon be manufactured and dispensed in Prentiss.

Tom Moore, owner of Moore Companies, LLC. of D’Iberville, is developing the project.

“We had this project placed in another area in the state, but after meeting the local community and Mayor (Charley) Dumas, we felt this was a family place and we felt welcomed, so we decided to move our whole facility here,” Moore said Tuesday.

Winston Ceasear is the director of operations for Moore Companies and will also be overseeing the project. The two were invited to Prentiss by Jefferson Davis County Economic Development Director Gary Bass.

“We are very excited about this opportunity,” said Ceasear. “Everyone we have met has rolled out the red carpet for us and has gone well above and beyond.”

Mississippi became the 37th state to allow medical use of cannabis, according to the National Conference of State Legislatures. The bill says patients could buy up to 3.5 grams of cannabis per day, up to six days a week. That is about 3 ounces per month.

The bill also sets taxes on production and sale of cannabis, and it specifies that plants must be grown indoors under controlled conditions.

The MGO building will include a sterile packaging room for gummies, caps, pills and pre-rolls and other products to be manufactured including inhalers, patches, powder for teas, etc.

Ceasear says the team has researched the best and most efficient equipment and the biggest priority is the quality of product, through and through.

“We will treat it 100 percent medically, as it should be,” said Ceasear.

The company plans on using Aquaponics in the growing process. Aquaponics is a type of fish farming that uses the waste produced by fish to supply nutrients to the plants.

“In doing research, it is the best way to grow,” Ceasar said.

Moore is big on giving back to the community, and one way to do that is by using Aquaponics. The company intends on donating the fish to local churches.

Thirty employees, some local, with extensive onsite training will work at the facility to include growers, drivers and a chef. After passing inspections and obtaining licensure, Moore hopes to be growing this year. The company plans to add an additional 60,000 square feet to the building by the end of the year.

According to Ceasear, revenue will also be generated by those that live in other states without legalized medical marijuana.  Out-of-state or temporary cards would be issued in those instances. Patients would apply for a card and would be allowed to buy with a prescription from the Mississippi market three times a year.

Ceasear was born and raised in Mississippi and is eager for money to be generated in the state.  “I love Mississippi to death. I have been all over as a veteran, and I see how people perceive us until they come here. That is why I called the company Mississippi Green Oil, it’s literally a gold rush.”

Ceasear said he feels the need to bring agriculture back to Mississippi and this is a way to do it. He wants to not only supply the state and give back to the state, but also cultivate careers and opportunities within the state.

“We really truly believe that this is a new industrial revolution. We want to be the ones that do it.”

Moore Companies also plans to work with hemp production They have created the Mississippi Farmers Hemp Association and formed a website, www.msfarmershemp.org and will be hiring a local director for the association. Moore Companies Director of Research Antar Davidson will be the intern director on the hemp side.

“Our association is about hemp, but not industrial hemp or CBD, it is about the farmers,” said Moore. “I want people to know when we start this, we are going to pay the farmers, even if it’s for research.”

The company plans to provide incentive programs and grants for the farmers. “We want every farmer in the central southwest part of the state to be part of this association.”

The market of both of these plants’ biomass can be used the same in different textiles, different industries such as medical, food, pharmacy and industrial while also giving people an alternative to opioid uses for a holistic approach. “You have multiple different facets with this plant that we can grow. The market is right here.”

Moore and Ceasear have used local businesses for all of the upgrades to the building and are very impressed with the people of Prentiss and Bassfield. “People here have really come together,” said Moore. “This is a Jefferson Davis County project, and we want to use all the county resources we can. We even joined the gym in Prentiss.”