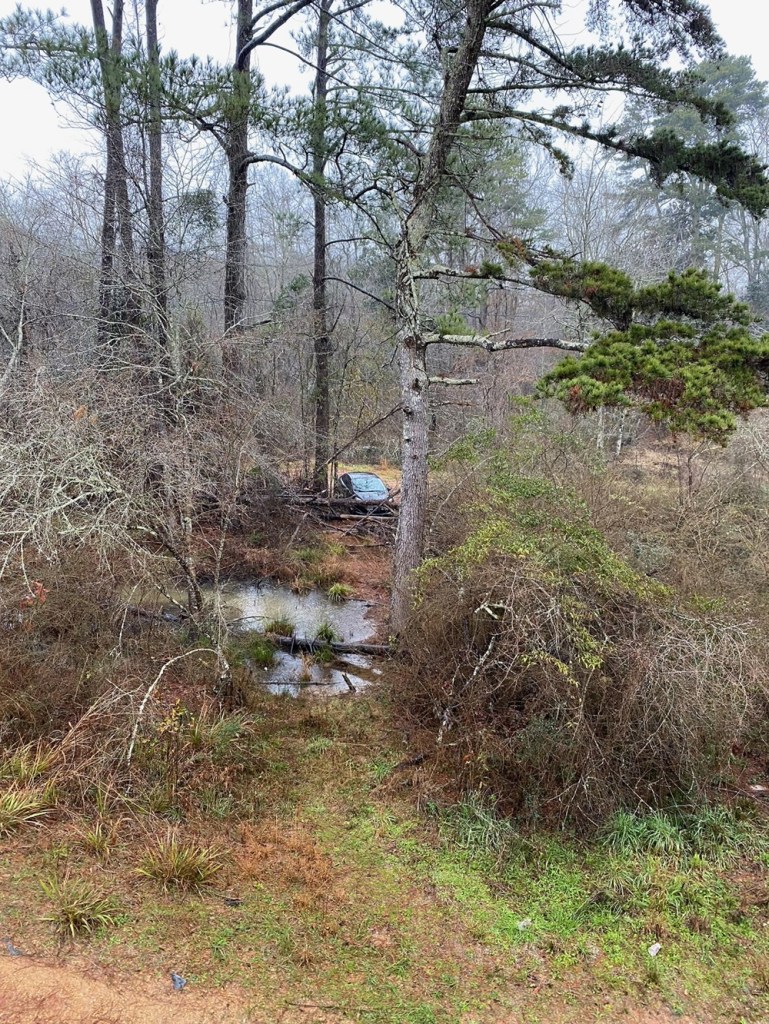 The Prentiss Headlight—MDOT workers discovered the black Ford Fusion involved in a high speed chase in a wooded area off Highway 541 in Jefferson Davis County.

Jefferson Davis County Sheriff’s deputies have recovered the vehicle involved in a high-speed chase with a Mississippi Highway Patrol officer Jan. 28. The chase began on Highway 35 and ended on Harper Road, just outside of Bassfield, when the passenger of the vehicle, Denzel Harper, jumped out of the vehicle with drugs and a weapon. Shots were fired, but neither the officer nor Harper were hit in the exchange. Harper was arrested and charged with aggravated assault on an officer and felony possession of a controlled substance with intent while in possession of a firearm. His bond was set at $200,000 by Jefferson Davis County Justice Court Judge Ronnie Barnes the following day.

A BOLO was released for the driver and vehicle that fled the scene. Officers were looking for a black Ford Fusion with green dealer tag, possibly driven by a black male, D’Angelo Holloway.

The vehicle was located in a wooded area down from the Highway 541 bridge just off Clem Road in Jefferson Davis County by MDOT workers.  JDCSO deputies transported the vehicle to a secure area and processed it for evidence Feb. 4. The vehicle was not wrecked and was reported stolen from Florida. Authorities are continuing the search for D’Angelo Holloway.

If you have any information regarding whereabouts of Holloway, please call the Jefferson Davis County Sheriff’s Department at 601-792-5169.

The case is being investigated by the Mississippi Highway Patrol, Mississippi Bureau of Investigation, U. S. Marshals and JDCSO