All schools in JDC closed Tuesday 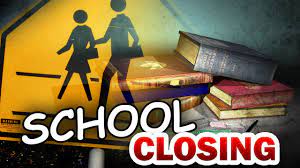 JDCSD will have virtual learning and students and staff should not report to school campuses or offices out of safety concerns for all.  “In the event widespread power outages prohibit virtual instruction, it may be necessary to make up this day at a later date,” said JDC Superintendent Ike Haynes. “Please stay safe and weather-aware during the time.”

JDC has been put in the red zone which is the moderate risk category. Heavy rainfall of three to six inches is expected which could lead to flooding of roads and some structures. Tornadoes are possible.

According to the NWS, models are showing two rounds of storms. The first would be in the afternoon hours, bringing the threat of supercells that could produce a few strong tornadoes. The second round will move though during the evening bringing the threat of damaging winds and tornadoes. Damaging winds of up to 70 miles per hour are possible with up to golf ball size hail. The timing for our area is from 10 a.m. until 6 p.m.