“We had a ball,” Prentiss residents participate in Wagon Train 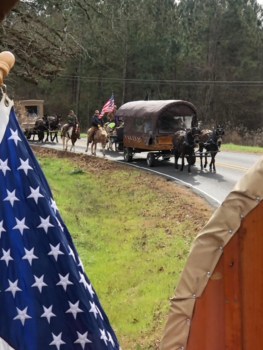 The Prentiss Headlight—The Mt. Olive group traveled 109 miles until they arrived in Jackson. 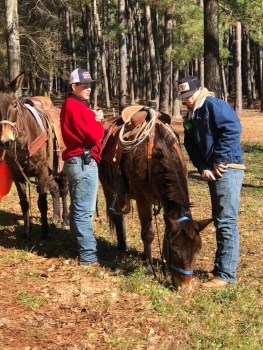 Two of the Riley's four grandchildren, Hunter and Colton Duke, participated in this year's ride. 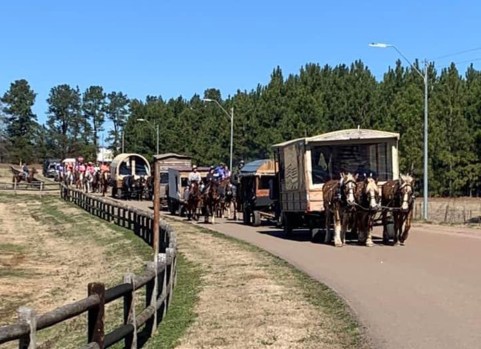 The Prentiss Headlight—The group started the journey with 25 wagons this year plus several horses. 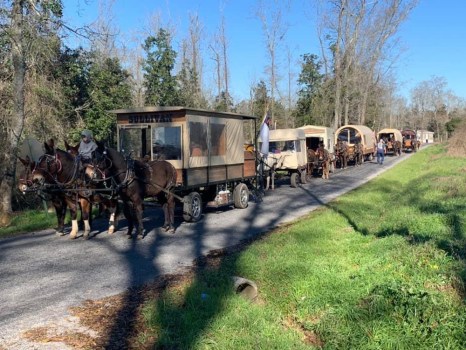 The Prentiss Headlight—The Rileys are part of the Mt. Olive Ride that begins just outside of Mize on Highway 35. 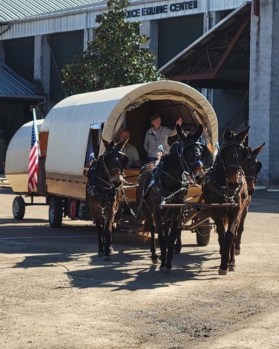 The Prentiss Headlight—Frank and Shelly Rilley arrive at the equine center in Jackson prior to the Dixie National Rodeo.

Several from Prentiss participated this year in the Dixie National Wagon Train held last month. Frank and Shelly Riley have been Involved with the train for seven years. “We started out with a small wagon we bought from a friend of mine here in Jefferson Davis County,” said Frank Riley.  “We had a ball, so we started upgrading wagons until we bought the one we use today.”

In 1980, the first wagon train rolled into the Mississippi fairgrounds and started a tradition. Now there are eight wagon trains that take a week or so and travel down Mississippi backroads and highways towards the fairgrounds. They arrive on Thursday or Friday before the Dixie National parade in downtown Jackson the following Saturday.

The Rileys are part of the Mt. Olive Ride that begins just outside of Mize on Highway 35. Perry Sorey, of Prentiss, is also a part of the ride. The group started the journey with 25 wagons this year plus several horses. They left on Saturday, and traveled 109 miles until they arrived in Jackson on Thursday. Friday is a rest day for the horses to prepare for the parade the following day in downtown Jackson that kicks off the Dixie National Rodeo.

They stop for the night in pastures along the way that landowners have given them permission to use. Horse trailers and supplies are taken ahead to the next stop so when the train arrives everything is already there and set up for the night. Shelly Riley cooks lunch and supper for the group. Three of the Rileys grandchildren, Hunter and Colton Duke and Riley Jace Snellgrove, also made the trek with them this year.

At least one deputy from each county the train travels through provides safety and protection to the group. “Bigger cities like Richland in Rankin County have more officers to help us get across Highway 49.”

Along with the Dixie National Wagon Train, the parade includes an array of rodeo queens, marching groups, floats, car and tractor clubs, riding groups, dignitaries, and much more. After the parade some of the group is invited to go in the coliseum to open up the first afternoon of the rodeo. “We love doing it and look forward to it every year.”