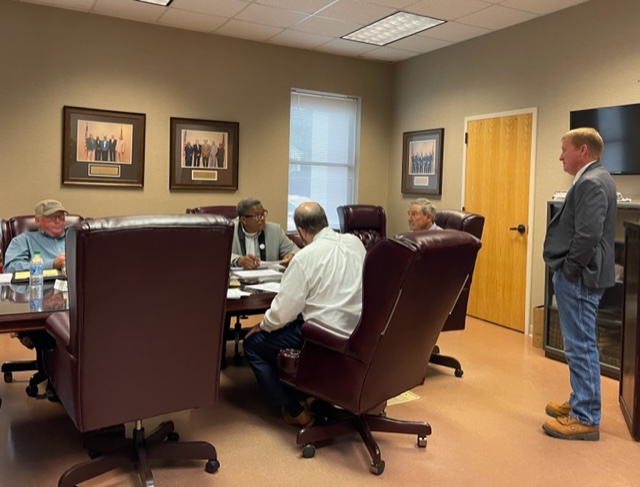 Holley Cochran / The Prentiss Headlight—Ricky Barrett addresses the board about possible ways to access The Norris Family Cemetery on T. Norris Lane in Bassfield.

The Jefferson Davis County Board of Supervisors met for the second April meeting Monday in Prentiss.

After prayer by Ricky Barrett, the meeting was called to order and a public hearing was held regarding the Frank Polk Road closure. Frank Polk Road is in the Whitesand community and connects Whitesand Church Road to Bass Laird Road.

No one from the public was present to oppose of the closure, so the road has been officially closed removed from the map of the county.

JDC Department of Human Services Director Maria Durr reported to the board that the floors at the entrance of the DHS building were damaged and in need of repair.

Thomas Brewer requested and was granted reimbursement from the board for professional development.

In other board news, the board approved the following without opposition before the meeting was adjourned:

Approved deleting a roll-up door from inventory and changing value of existing doors in District 1.