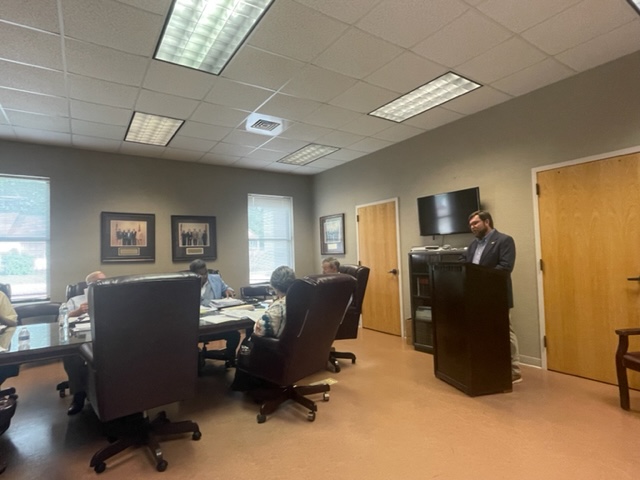 The Jefferson Davis County Board of Supervisors met Monday for the first meeting in May. Rev. Jesse Holloway opened with prayer before the minutes were approved.

A second software company will be used to disassemble the books and scan and index each page. The books will then be in digital format and preserved if something disastrous were to happen. The books would still be in storage as a back-up. To date, the county has 29 books, with an average of 500 pages in each book. DataBank software was awarded the contract for the back scanning of the record books.

Langley also informed the board of the Mississippi Voting Modernization Act that was passed recently by the State Legislature. This Act will provide funding for all counties in Mississippi to receive new voting equipment. The money will begin being dispersed July 1 and will provide $5,000 to each voting precinct in Jefferson Davis County.

Material has been delivered to the site on George Deen Road in District 3 and work is expected to start later this week by Beacon Construction.

After reviewing two quotes for the repair on Progress Road in District 1, the job was awarded to BenDar Construction.

In other board news, the board approved the following without opposition before the board went into executive session and the meeting was adjourned: