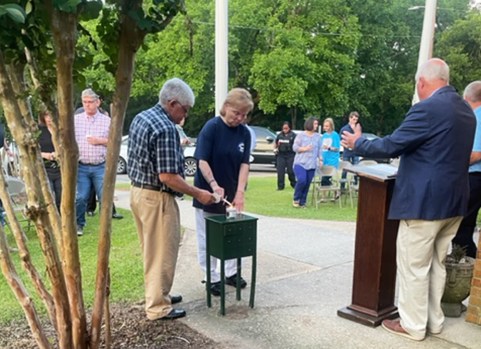 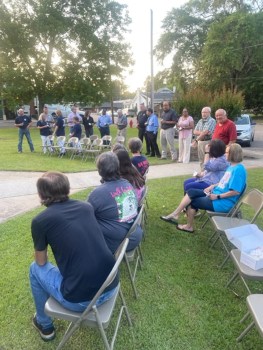 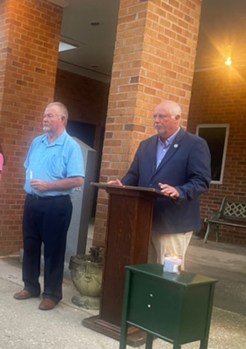 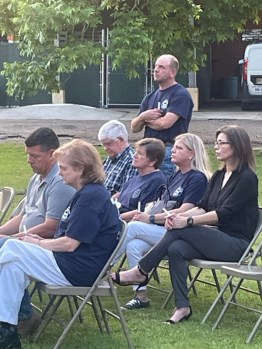 Over 50 friends and family participated in the candlelight vigil in memory of fallen officers from Jefferson Davis County held by the Town of Prentiss May 18.

The vigil was held on the lawn at Prentiss City Hall at the conclusion of National Police Week.

December marked 20 years since Officer Jones was shot while serving a warrant on Mary Street in Prentiss.

Bourne and Rutland were shot and killed 25 years ago in 1997 by a prisoner while transporting him to Rankin County.

Barnes was killed in a car accident in April 2021 while responding to the report of a Prentiss Police Officer needing back-up. Barnes’ name joined the others and was added to the National Law Enforcement Officers Memorial last week in Washington, D. C.

“We measure events in years, but to these family members it’s been minutes,” said Prentiss Mayor Charley Dumas. “To all of the survivors who have joined us here tonight, please know that you and your loved one will never be forgotten. We honor their sacrifice.”

Bro. Terry Wallace, who serves as the chaplain for the Prentiss Police and Fire Departments, offered some words of inspiration.

Ronald and Donna Jones, parents of fallen officer Ron Jones, were asked to begin the lighting ceremony.  Prentiss Alderman Willie Davis led the group in the singing of Amazing Grace.

In 1962, President Kennedy proclaimed May 15 as National Peace Officers Memorial Day and the calendar week in which May 15 falls, as National Police Week.

Established by a joint resolution of Congress in 1962, National Police Week pays special recognition to those law enforcement officers who have lost their lives in the line of duty for the safety and protection of others. 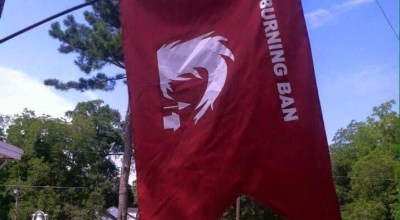