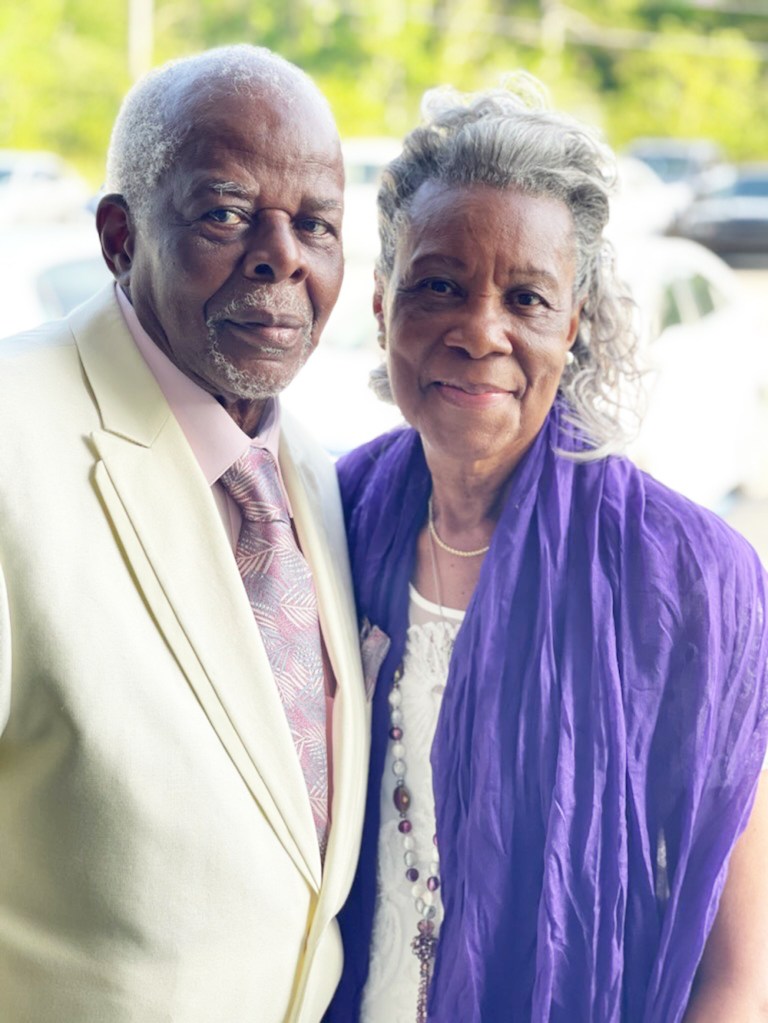 The Prentiss Headlight—Roy and Bettie Drummond celebrated their 60 year anniversary this month.

Roy Drummond first noticed a pretty little Oakvale girl at a ball tournament in Silver Creek, but Bettie says she really didn’t notice him at the time. It wasn’t until they were both at J. E. Johnson that Roy pursued Bettie and they became a couple through high school.

The two married in 1962 and have been sweethearts and best friends since.

They spent some time in California, but realized back home in JDC was where they wanted to be. “The Lord knew we were going to have eight children and I needed to be across the road from my Mama,” said Bettie. The two are parents to Norris Lee, LeCarlus, LaSone, Roy Lee II, LaSonja, LeErnest, LaHope, LaNita and the late Tommie.

Some advice these long-time sweethearts give to young couples for a long and happy relationship is to communicate and respect each other. Both agree the love of Christ will make the greatest difference in relationships.