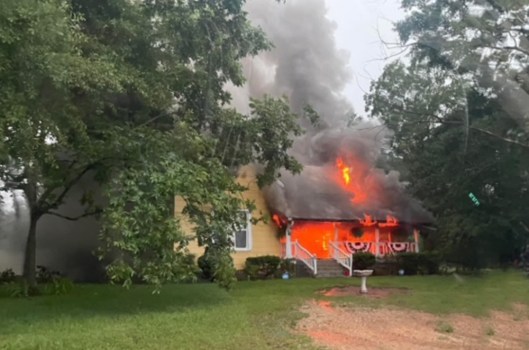 Photo Submitted—The Bobby Garraway house in Bassfield was struck by lightning the afternoon of July 4. Although a total loss, several historical pictures in the home were saved. 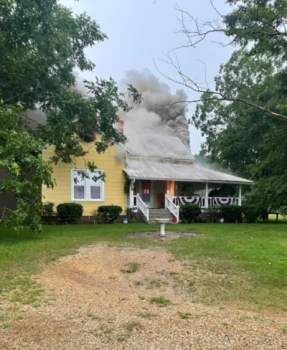 Photo Submitted—The Bobby Garraway house in Bassfield was struck by lightning the afternoon of July 4. Although a total loss, several historical pictures in the home were saved.

The oldest home in Bassfield, the Bobby Garraway home, was struck by lightning and deemed a total loss.

A family passing through from Hattiesburg noticed the flames and called for help the afternoon of July 4.

Jefferson Davis County Economic Development Director Gary Bass was leasing the home and had recently renovated it to use for a bed and breakfast, office and railroad museum.

“They were so happy and really wanted it to continue to be an icon and do something positive for the community,” said Bass. He had conducted EDD meetings in the home as well as several medical marijuana meetings.

According to Bass, the home was built in the late 1890s and was the home that Bobby Garrawy was born and died in.

Garraway was the Mayor of Lumberton before coming back home and serving as the town attorney for Bassfield prior to his death in 2013.

Garraway was instrumental in the formation of the Longleaf Rails to Trails which follows the footprints of the former Mississippi Central Railroad tracks that bead through the heart of town.

Garraway stated in hisblog online, “A lot of my education was obtained on the front porch of the only house I lived in until I was grown.  Every night our entire family would sit on the porch and discuss various things including the progress being made by our soldiers in WWII.  At 10:03 p.m. train 51 would pass our house west bound.  This would end our discussions for the day.”

More Bassfield and railroad history can be found in his blog at bjgarraway.blogspot.com.