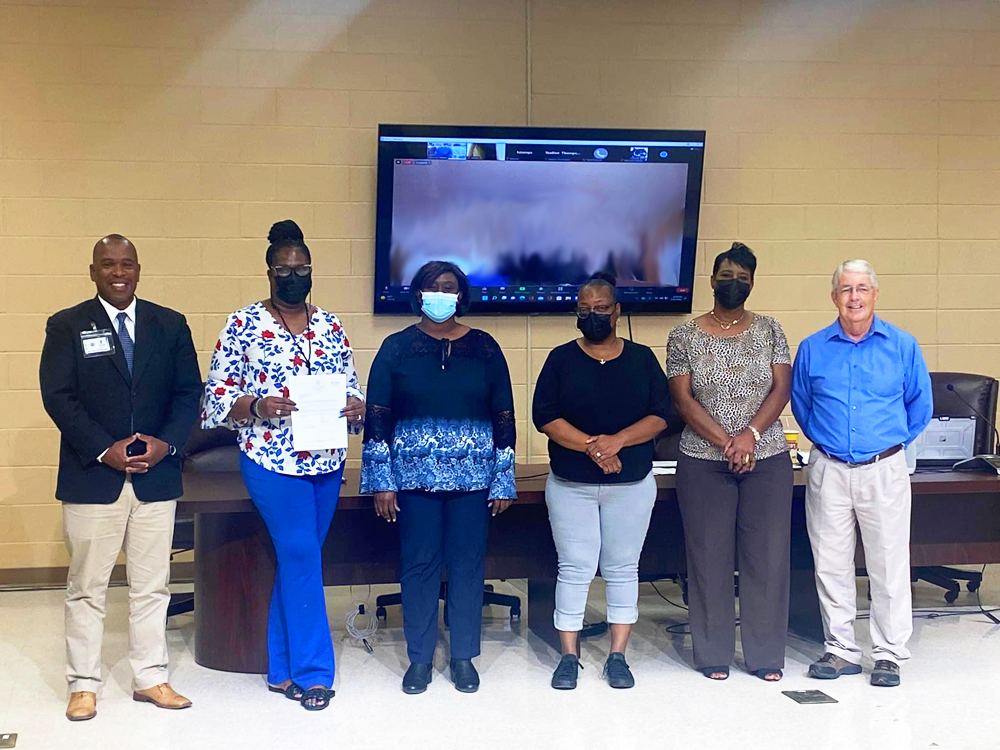 The Jefferson Davis County School Board met July 21 at the Academic Success Center in Carson. After the welcome, moment of silence and Pledge of Allegiance, the agenda was adopted.

Jefferson Davis County Superintendent Ike Haynes announced he received a letter from Mississippi State Auditor Shad White’s office stating there were no findings reported in the audit.  The letter was sent after the annual audit from fiscal year ending June 30 stated that “Nothing came to our attention that indicated that the final reports were not prepared in compliance with applicable state statutes.”

“I want to get this real news out to the people, so they have confidence that we are doing the right thing,” said Haynes.

“It has been tough. We have done millions of dollars in renovations, and through it all, with her team, we have a solid financial district,” said Haynes.

“I am thankful for the work you all put in and I appreciate the care, concern and attention to detail you provide on behalf of this school and county and I could not be more pleased to work beside you as colleagues.”

“I am excited, and I am proud,” said JDC School Board President Shonda Ard Burre. “There are many school districts that didn’t’ receive that letter. We are moving in the right direction in Jefferson Davis County.”

Director of Operations Jason McLeod gave construction update and indicated that 95 percent of the campuses were ready to go. Everything has been painted and campuses have received flooring and lighting.  Air conditioning work is starting at J. E. Johnson Elementary School and Jefferson Davis County Middle School is near completion with a few things left to touch up in the gym. “We have some good, over-the-top things that are happening at every campus that make each campus stand out,” said McLeod. There are not major setbacks at this time, according to McLeod. Debris is being cleared at all campuses in preparation for the first day of school on Aug. 4. “There is a sense of normalcy coming back in The Jaguar Way.”

Chief Academic officer Dr. Debra Dace introduced herself and gave an overview of her first week in the county which included checking off accreditation requirements, making a plan to ensure compliance throughout the year and meeting with the school nurses to discuss COVID. “I feel blessed to have been afforded to work with such a great group of people,” said Dace. “We are here to support the administration and building level staff so that they can support the teachers, which we all know is the most important factor in student academic achievement.”

During his superintendent’s report, Haynes discussed the school district’s leadership retreat happening this week in Flowood, and laid out some of his goals for the upcoming school year. “My priority this year is to have every Jag reading on grade level,” he said. “We will see that once we have closed those deficits and reduced those gaps, and have all our kids reading at grade level, we will see proficiency.”

He also touched on school uniforms and said spirit shirts, royal blue, white and navy shirts can all be worn any day.

“We are ready to make sure the kids are safe and appropriate.”

The theme for this school year is “Level up the Jaguar Way.” Haynes intends to “increase all of our levels of output so there will be more input into our boys and girls.”

In other news, the board approved the following without opposition the meeting was adjourned: