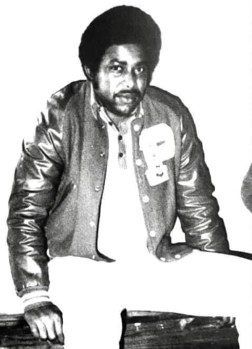 The Prentiss HeadlightCoach Gray began his professional career at Prentiss High School in 1972. 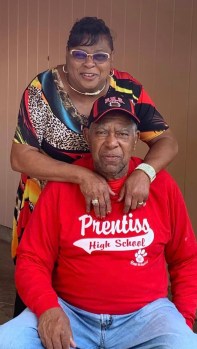 The Prentiss Headlight—Alvin and Patricia Gray served the Jefferson Davis County students and community for more than four decades. 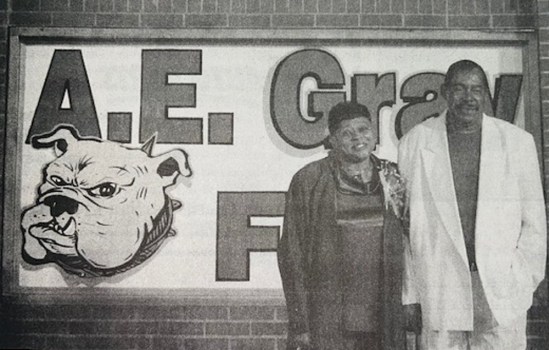 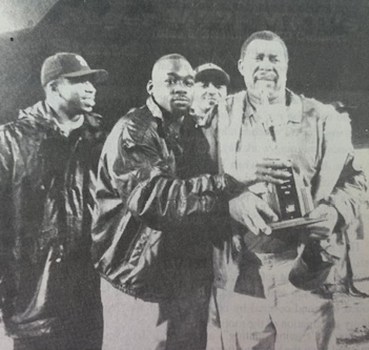 The Prentiss Headlight—Coach Gray receiving the South Mississippi State High School Championship in 1996 after he led the Prentiss Bulldogs to the best season in school history.

The community is mourning the death of legendary coach and educator Alvin Eugene Gray, who died July 21 at the age of 73.

Funeral services for Gray will be held this afternoon at 1 p.m. at the former Prentiss High School gymnasium. Interment followed at Green Grove Baptist Church.

Gray graduated from Prentiss Normal & Industrial Institute and went on to play football at the University of Southern Mississippi where he met his wife, Patricia and earned a Bachelor of Science degree. He also earned a Master of Education Degree in Administration and Supervision from William Carey University.

Gray began his professional career teaching and coaching football at Prentiss High School in 1972, where he served the students and community for more than 44 years.

He became the Bulldogs’ head football coach in 1984, and in 1996, the Prentiss Bulldogs won the South Mississippi State High School Championship in their division after Gray led them to their best season in school history.

He retired in 2002 but continued to visit the schools encouraging students to do and be their best. He also served the Prentiss community as a Parent Involvement Coordinator for Jefferson Davis County School District until 2016. Work ethics, courtesy and how to speak to and treat others were always a part of his curriculum.

In 2008, the Jefferson Davis County School District renamed the Prentiss High School football field the “A. E. Gray Football Field” in his honor.

Coach Gray worked diligently for 10 years to see that the children of this county had an opportunity to attend the Al Jefferson Summer Basketball Camp held every summer at the Prentiss High gym. He annually led the way in doing the groundwork in making the free camp a reality for kids in Jeff Davis County to come, play and improve.

FCA participated in honoring Coach Alvin Gray in 2018, with a signed Coach Bobby Bowden helmet for his faithful service to Prentiss and the Pine Belt Area.

Those blessed to have Gray at Prentiss High School during his tenure posted thoughts and memories on Facebook after hearing of his death. Gray was called a “pillar of the community” and  a “giant among men,” Former Prentiss High student John Martin Branson III said that Gray was “Prentiss High School’s own guiding light.”

Coach Alvin Eugene Gray held a place of distinction in JDC schools, and he influenced many young people with his Christian character.  He will be remembered for his legendary service as an outstanding educator, football coach, caring youth mentor and community leader.

This mild-mannered educator set as his life’s goal to be an asset to Jefferson Davis County students. He succeeded.