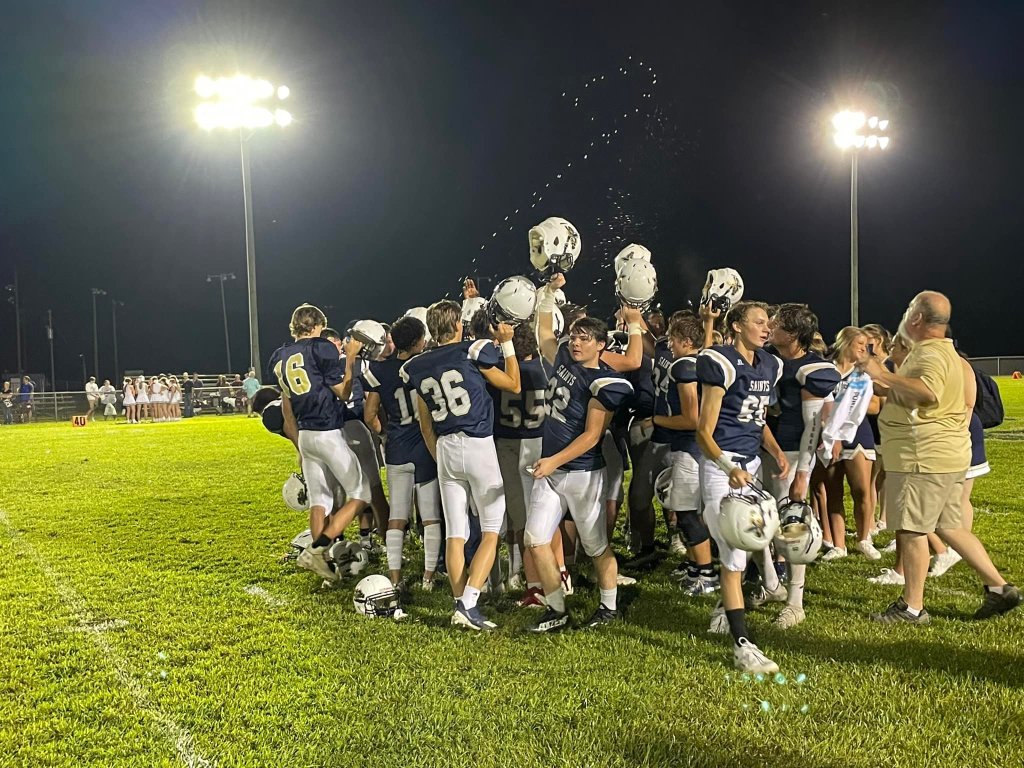 Special to The Headlight

Thompson had touchdown runs of 41 and 10 yards in the latter stages of the second quarter. Each of his TD runs were followed by two-point conversion runs by Winston Brazell that gave Prentiss Christian a 22-19 halftime lead.

What proceeded all of that was the play that changed the entire momentum of the game – a blocked extra point earlier in that same quarter following a Jacob Sessions four-yard touchdown run that gave WCCA a 19-6 lead.

Cole Partridge scored on a 15-yard run and Gavin Davis’s extra point gave the Rams an early 7-0 lead. Bryce Shivers scored on a 20-yard run for Prentiss Christian, but the two-point conversion run failed as the Rams led 7-6 by the end of the first quarter.

The Rams extended their lead to 13-7 early in the second quarter on a six-yard TD run by Jack Orgeron, but the try for two came up short.

The Rams tried to mount a fourth-quarter rally as Sessions ran in from 12 yards out and his ensuing two-point conversion run made it a 36-27 game. However, the Saints answered as Thompson scored on a 29-yard run late in the quarter that put their lead back in double digits.

As a team, Prentiss Christian (1-0) racked up 335 yards on the ground and did not throw a single pass the entire game.

Sessions went 8-for-14 passing for 70 yards and Ryan Fisher completed his only attempted pass for 41 yards. Sessions led the Rams’ ground game with 71 yards on eight carries while Fisher had seven carries for 23 yards.