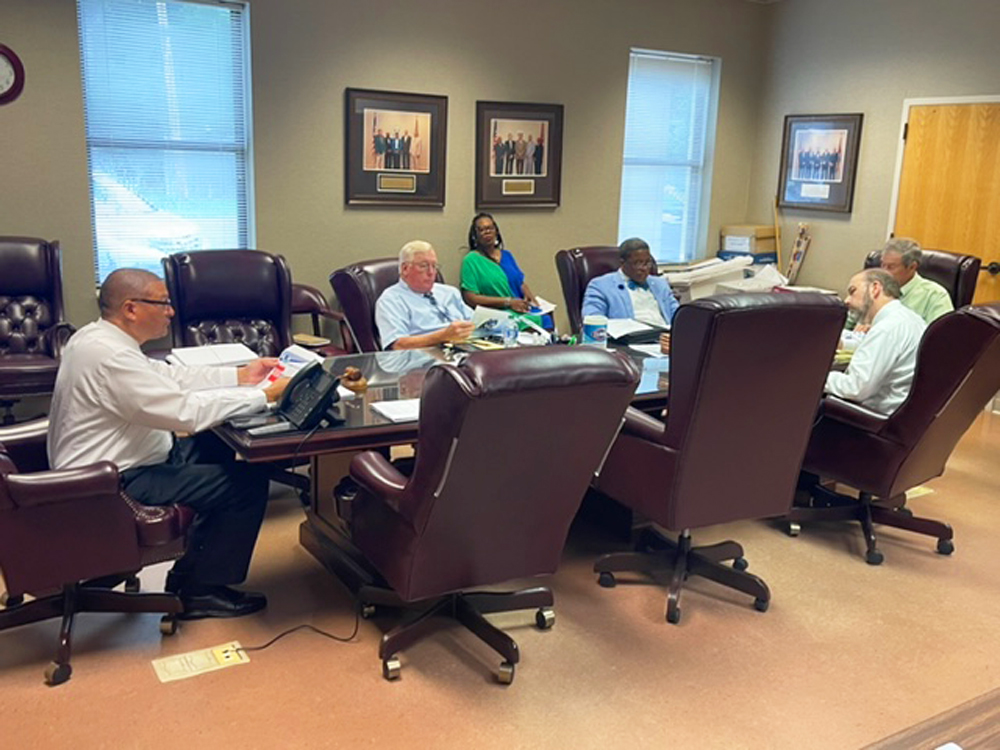 Holley Cochran / The Prentiss Headlight—The Jefferson Davis County Board of Supervisors met for the first September meeting Tuesday at the board room in Prentiss.

The Jefferson Davis County Board of Supervisors met for the first September meeting Tuesday at the board room in Prentiss. Bro. Jessie Holloway opened with prayer before the minutes were approved.

Superintendent Ike Hayes discussed the opening of school and his yearly goals with the board.

The discussion of roof at Red House Voting Precinct/Fire Station was tabled, as was the approval of a quote for cleaning services at the JDC Department of Human Services building.

The board approved increasing the rental fee at the John W. Thompson Building on Highway 42 in Bassfield. The fee will be $450 beginning Jan. 1, 2023, with a $100 deposit required to secure the date requested. If the facility is cleaned after use, $50 will be returned to the renter. The previous cost to rent the building was $250.

A discussion was made regarding the use of the dumpster at the sheriff’s department. The board is looking into ways to lock the dumpster so it cannot be used by anyone outside of the department.

A discussion regarding the county custodians and the county paving were both continued.

A public hearing and special called meeting regarding the budget will be held Sept. 8, at 10 a.m. in the board room. Jefferson Davis County Board of Supervisors plans to increase ad valorem tax millage rate by 7.00 mills from 130.24 mills to 137.24 mills for the next fiscal year. This will increase ad valorem taxes on home, automobile tag, utilities, business fixtures and equipment and rental real property.

Any citizen of Jefferson Davis County, Mississippi is invited to attend this public hearing on the proposed ad valorem tax increase, proposed budget, and proposed tax levies for fiscal year 2022-2023 and will be allowed to speak for a reasonable amount of time and offer tangible evidence before any vote is taken.

The final adoption of the budget and the ad valorem tax levies will take place on Sept. 14, at 10 a.m. in the boardroom at the Jefferson Davis County Administrative Building.

In other news, the board approved the following without opposition before adjourning:

• Approved increase of annual fee for constables per state statute.

• Approved travel for FY22 to be published in Prentiss Headlight