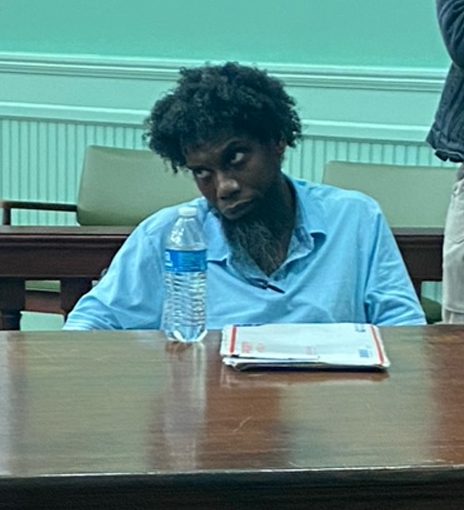 The Prentiss Headlight—Timothy Taylor awaits to hear his sentence Friday after being found guilty of attempted murder and drug charges.

The jury, made up of eight men and four women, took less than 15 minutes to deliberate, finding Taylor guilty of all charges.

a call of a disturbance on Duckworth Lane just outside of Prentiss.

When the officer arrived, he encountered the suspect, Taylor, who retrieved a firearm and shot Deputy Barnes hitting him in the leg.

The deputy was transported to the Jefferson Davis Community Hospital by another deputy who was also responding to the call. He was then airlifted to Forrest General Hospital.

The scene was surrounded, and negotiations began in an attempt to resolve the situation peacefully.

Early in the standoff, the suspect opened the front door of the trailer and shot at officers. Officers returned fire, but no one was injured.

Entry was made in the front of the trailer by an armored truck brought to the scene by the Jones County SWAT team. Another round of shots was fired at officers by the suspect, but no

shots were returned. Negotiations began again and the suspect was taken into custody without incident.

Taylor had an initial appearance the following day and was not given a bond. He remained in the Jefferson Davis County jail until the time of the trial. Immediately after sentencing, he was transported to Rankin County.

Taylor was sentenced by Circuit Court Judge Prentiss Harrell to serve 26 years in the Mississippi Department of Corrections.  He received 30 years for attempted murder, 20 to serve and 10 post release.  He was given three-year sentences for each of the two possession charges.