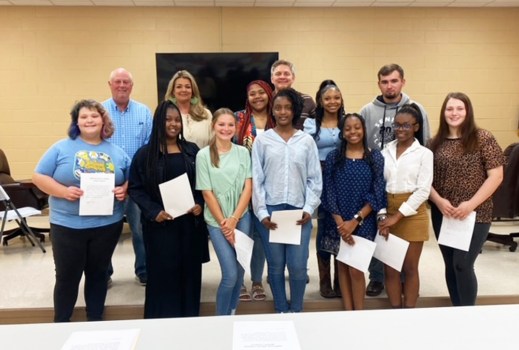 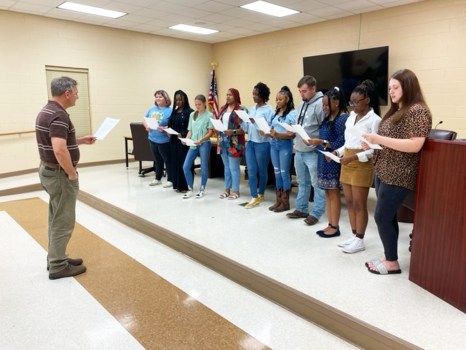 The Prentiss Headlight—Sen. Joey Fillingane swears in the this year's Mayors' Council at the Academic Success Center in Carson.

Members of this year’s Mayors’ Youth Council were sworn in earlier this month at the Academic Success Center in Carson. The group was sworn in by Sen. Joey Fillingane who also discussed aspects of government to the group. “We’re excited to get things started with our new youth council, learning from their ideas and introducing them to public service as future leaders in our community,” said Prentiss Mayor Charley Dumas. “I’m especially thankful for Sen. Fillingane for taking the time, not only to swear them in, but to educate them in that regard as he described his experiences in state government.”

“This is a great group of kids that will use their voice and speak on things important to our youth in the county,” said Bassfield Mayor Angie Ladner. “I am looking forward to a great year!”