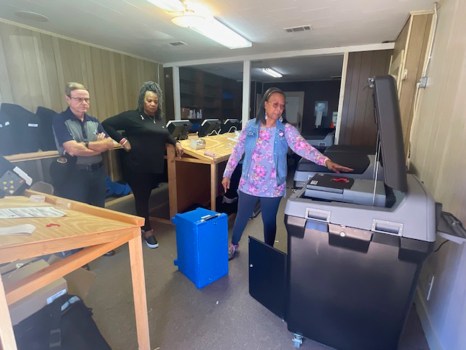 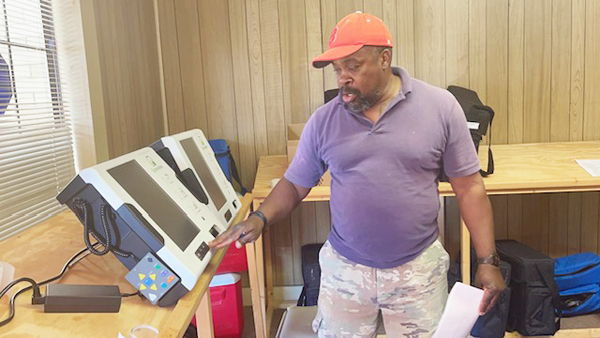 Voters in Jefferson Davis County will be using new voting machines Tuesday during the General Election.

The Mississippi Voting Modernization Act that was passed earlier this year by the State Legislature. This Act will provide funding for all counties in Mississippi to receive new voting equipment with the purpose of modernizing voting systems in the state.

Jefferson Davis County Election Commission chairman Linda Speights had concerns about election fraud with the older machines and them “going down” during an election. “I didn’t want JDC to get behind. We don’t need to have any errors,” said Speights. “The new machines will keep down confusion on what ‘did or did not happen on election day,’” she said. Another concern was that spare parts are not readily available to repair the older machines.

The new machines will have a monitor that no longer requires a voter card to be inserted. This alleviates poll workers. Voters will be voting on a paper ballot by filling in a bubble by the name of the desired candidate. After completing the paper ballot, the voter inserts the ballot into the machine and the ballot is cast. It goes directly into the locked ballot box that is transferred to the circuit clerk on election night.

If a voter makes a mistake or fills out the ballot incorrectly, they will have a chance to correct the problem if they choose to do so before the ballot is cast.

Each precinct will have one complete machine. The voter will be behind a partition while casting their ballot.

Handicap machines are also available at each precinct which would assist those voters that are deaf, blind or needing other assistance. Curbside voting will continue to be available for those unable to enter the precinct.

Every county in the state will be required to use these machines by Jan. 1, 2024.