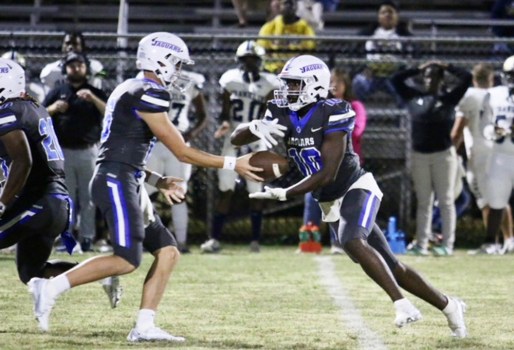 The Prentiss Headlight—JDCH quarterback Eli Viniard #16 hands of to Kameron Brown #10 during the Jaguars vistory over Franklin County. JDCH will play this Friday night in the second round of playoffs. 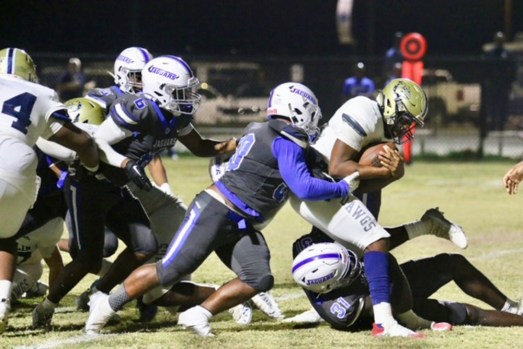 The Prentiss Headlight— Jay Poole #31 and Donovan Whitehead #50 bring down a Bulldog. 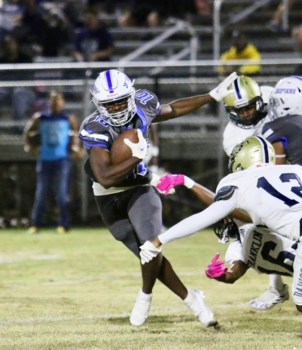 The Prentiss Headlight—Kameron Brown #10 slips by a tackle in the Jaguars win against Franklin County.

The Jefferson Davis County Jaguars are headed to the second round of playoffs this Friday night. The Jags will play Hazlehurst at home. Kick off is at 7 p.m. in Bassfield.

The Jags defeated Franklin County last week 48-6 in the first round of post season play.

For the fourth year in a row, the Jaguars were crowned 8-3A District Champions after defeating St. Stanislaus,  Seminary and West Marion to remain undefeated in district play. The Jags also defeated Perry Central, Columbia High, D’Iberville and Collins.

Losses for the team were to to Picayune, Mendenhall and De La Salle. De La Salle was picked up as a replacement for St. Patrick who moved to Independent play.

This year marks JDCHS Head Coach Lance Mancuso’s 15th year as a coach in Jefferson Davis County. After coaching the Bassfield Yellowjackets for nine years, he is in his sixth year coaching the JDCH Jaguars.