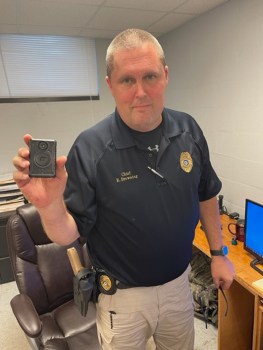 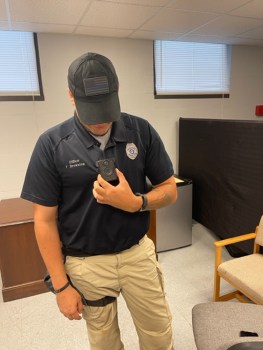 Prentiss Police Officer Jordan Browning with one of the new body cameras in place that Prentiss officers are now wearing. 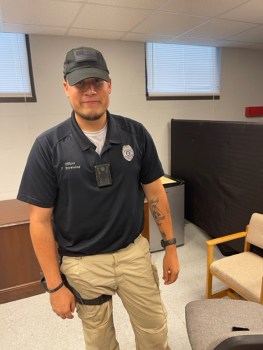 Prentiss Police Officer Jordan Browning with one of the new body cameras in place that Prentiss officers are now wearing.

All full-time and part-time officers with the Prentiss Police Department are now equipped with body cameras.

The seven cameras were purchased with drug seizure money.

“I wanted these cameras for evidentiary purposes and to  hold the department accountable,” said Prentiss Police Chief Richard Browning.

“They will also help protect the citizens of the Town of  Prentiss.”

The cameras are Pro Vision BC 400 and will turn on with the push of a button. If one officer has his on, all others in the vicinity will automatically turn on.

The cameras are on a closed system which means video cannot be accessed, manipulated, deleted or altered in any way by the officers. Once video is recorded it is automatically sent to the storage equipment at the Prentiss Police Department.