Grinch and Santa making a return trip to Prentiss next week 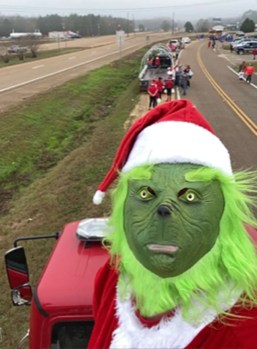 The Grinch took a selfie shortly after jumping on the Prentiss firetruck before the parade last Saturday. He will be back in town Dec. 22 to spread a little mischievousness behind Santa's joy. 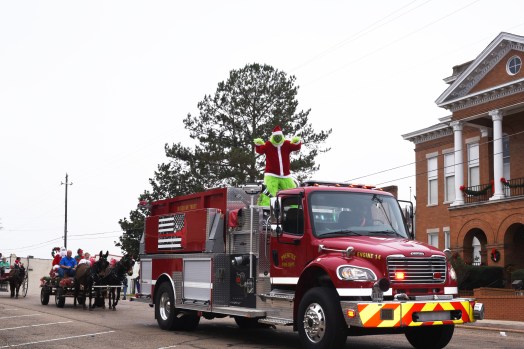 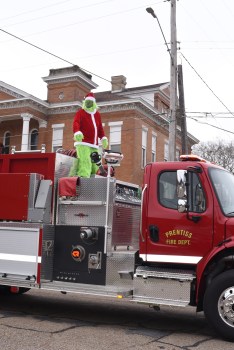 The Grinch didn’t want to be left out of the fun in Prentiss last Saturday morning, so he hijacked the Prentiss firetruck and rode through town during the parade.

Sources tell The Headlight that he will be coming back next week to make sure Santa Claus doesn’t have too much fun without him.

Santa has had a couple of days rest after the Prentiss and Bassfield parades, and is still planning to make his annual grand tour of the Town of Prentiss before he heads back to the North Pole. He will be spreading joy in Prentiss neighborhoods on Dec. 22 shortly after sundown.

Santa, and the Grinch, will be escorted by the Prentiss Police Department.

Officials are currently hammering out a schedule and route to put Jolly Old Saint Nick and his bestie in front of as many children and families as possible.

“We enjoyed his visit so much the last couple of years, we reached out to the North Pole and contacted Santa directly to see if he would be available to tour our community again,” said Prentiss Mayor Charley Dumas.

“He was more than willing to make a special appearance for the children of Prentiss.”

Prentiss officials are hoping to provide updates on Santa’s route and timing on social media between now and his arrival.

If anyone wants to make sure Santa passes their house, they should contact Prentiss City Hall at 601-792-5196 and give their street address.

“We want to make sure every child, no matter their age, has the opportunity to see Santa before Christmas Day.”

Please monitor social media for any potential changes to date and time due to weather.