Where Are They Now: Charles Tyrone

Charles Tyrone states his 1967 graduating class of Prentiss High School was the largest class yet and the first to be integrated. His memories are filled with a neighborhood of children growing up in northeast Prentiss, including as Olivia Donald, Keith and Billy Matheson, Cindy Williams and Lamar and Jenny Foster, as well Deborah Estes, Janie and Thomas Parker and Kenny and Oscar Polk, just to name a few. 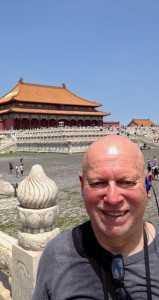 The Prentiss Headlight—Charles Tyrone enjoys traveling. Here he is shown in Beijing in the courtyard of the Forbidden Palace.

“We roamed from house to house and had 10 mamas looking out for us,” states Tyrone. “There were always things going on at church and school. It was a wonderful golden age.”

Tyrone’s dad Louie owned the Red & White Grocery Store and his mom Wilma worked at the bank. “They were hard workers and taught us the value of working. A lot was expected of us,” he states.

He well remembers Cecil Brinson’s science classes and Tyrone gives that teacher credit for teaching him how to study and turning him from a lazy student to a good one. “I really did get serious about academics because of him and did well in high school. We had an excellent school and were well prepared for college.”

Tyrone went on to MS State where roommate was Billy Ford Shivers. “There were a bunch of Prentiss people at MS State and we had a good group,” he states. He received a Bachelor’s and Master’s in nuclear engineering.

His first job was with the Tennessee Valley Authority as one of the first to begin its nuclear plant. He became the Nuclear Startup and Reactor Engineer for Brown’s Ferry Nuclear Plant near Decatur, AL, one of the first five hired. Later he came back to Mississippi to work on the Grand Gulf Nuclear Plant for 13 years before he went to Arkansas Nuclear 1 Plant as manager of quality assurance staying 18 years before his retirement.

In working with nuclear power Tyrone states safety is always the first thought. He states his most tense moments in the job were during a night of multiple tornadoes that tore down power lines and it was six months before the plant was fully operational again but the failsafe measures put into place did as they were supposed to do. 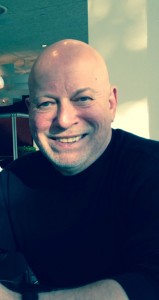 When Tyrone retired from the nuclear energy business he didn’t put himself out to pasture but went back to school, got a Master’s Degree in liberal arts at Arkansas Tech with a focus on English and is teaching introduction to literature and composition, a totally different direction from his past career, but states he is having a blast. For hobbies he reads and prepares for class. “I love to cook and entertain friends. Of course, reading. And since I retired, I travel. I’ve been in Italy, Greece, Spain, Morocco, and China. Hoping to go back to China, and Paris and Cinque Terre in Italy are on the next trips list.”

He states he keeps up with some classmates and friends through Facebook and in 2010 Tyrone attended the combined class reunion of 1967-69 PHS graduates.

“All of us have done well with careers, families and grandchildren. That says a lot about our families and the place we grew up,” state Tyrone. “I miss it and thought about moving back but expect I’ll stay close to the grandchildren.” He married Kim Glasgow of Cleveland and their daughter Kilby has their three grands, Ivy 4, Callie 3 and Fitz 4 months. Their son Cal Tyrone served in Baghdad with the Combat 2nd Infantry and was wounded by a sniper. He succumbed to his injuries 15 months later. “We are very proud of Cal,” states Tyrone.

Charles Tyrone’s advice to those present students of PHS is to “take advantage of the opportunities presented. Your education is so important.”