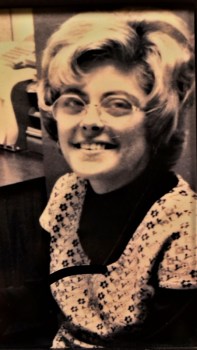 The Prentiss Headligh—Catha Jones began working at the JDC Hospital in 1969 hired by Barbara Shows. 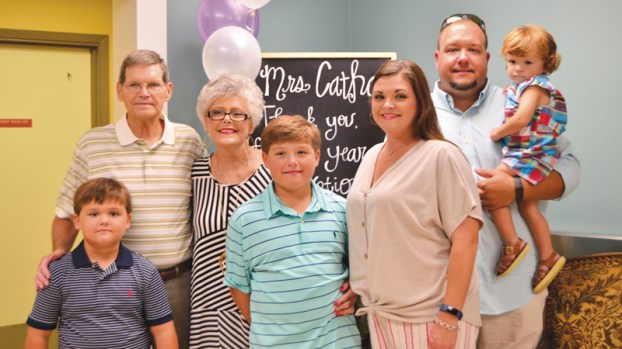 A number of present and former employees were joined by former administrators as well as friends and family to express their love and gratitude as Jones gave an emotional goodbye to her hospital family.

She was presented a commemorative plaque and words of appreciation.

Healthcare is always changing and Jones has loved being a part of the changes for the past 50 years at Jefferson Davis Community Hospital.

Fresh out of Prentiss High School, Jones was hired by her first supervisor Barbara Shows in 1969. Jones began her tenure at JDC Hospital in admissions.

“I have done just about every job at one time or another in the business office,” said Jones.

She later moved to administrative assistant and has continued assisting numerous administrators and interim administrators with hospital details and has worked closely with the hospital’s board of trustees.

Jones has been an active member of the MS Association of Healthcare Administrative Professionals, a part of the MS Hospital Association, serving as secretary for 8 years.

She has been on the board of directors for Prentiss Chamber Partnership representing the hospital for several terms and also served as a member of the Hospital Financial Management Association.

Former Prentiss Headlight editor, the late Patsy Speights, called Catha Jones the “go-to girl”, and former hospital administrator Mary Curtis called her the glue that holds it all together.

What  Jones most treasures is those who came to her during the reception and told her how special she always made them feel.

“Being a new administrator I couldn’t have asked to be paired with a better AA,” said present JDCH administrator Alania Cedillo. “Due to her tenure I was able to pull from the institutional knowledge she brought to the table.”

“Jefferson Davis Community Hospital will make it without Catha,” said JDCH Board Member Kathy Cloyd, “but we will find out how smoothly she has run things all these years.”

The facility has also been through many renovations.

“There was a time when babies were delivered and surgeries performed,” said Jones. “I even had my first baby, Scott, here.”

She and her husband David, who worked at Georgia Pacific, also had Stephen and then Brooke and raised their children in their home, a three minute commute from the hospital.

“The people I worked with here are just like a family. We bonded together with support and love when one was in a crisis. I have experienced it personally as have many other JDC Hospital employees.”

Jones and her husband’s personal experience with the bonding of hospital employees included the loss of their two sons, Scott  Stephen.

Jones and her husband David have been active members of Prentiss Baptist Church.

They have also enjoyed riding bikes on the Longleaf Trace together but in 2017 the diagnosis of melanoma cancer and subsequent treatments have left her with little energy.

“The last year and a half it has been tough working,” said Jones. “The side effects have been worse since completion of the drug regimen. They are supposed to diminish and be gone by a year after treatment. I look forward to that year being over.”

Jones is on steroids to boost her energy now and her goal is to regain her strength to begin to enjoy her retirement.

The Jones have no family in Prentiss, but many friends they will miss and will miss them.

The couple’s new adventure begins with a move to Madison. Their daughter Brooke and son-in-law Kane Williamson have blessed them with three grandsons, Landry, Lyndon and Layton with whom they love to spend time.

The plans are to move just down the street and help with after school time.

“Diane Daughdrill and I started work at the hospital together and we decided to retire together. Diane retired last year and told me when it came time I would know. It’s time.”