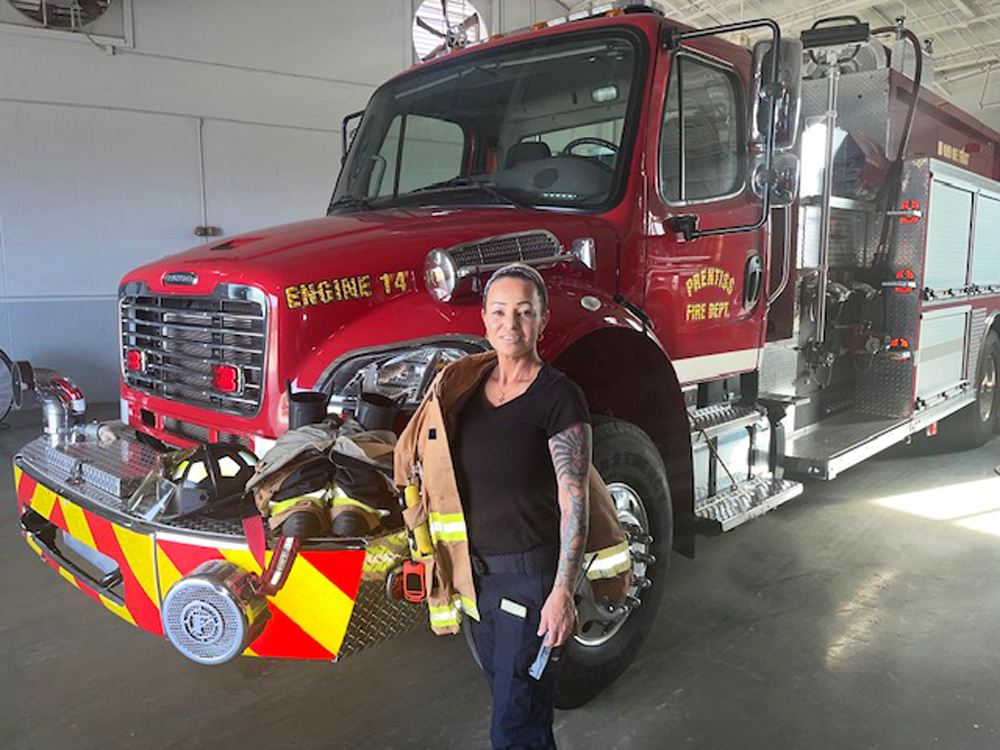 Holley Cochran / The Prentiss Headlight—Jennifer Meredith is now serving as the first full-time female firefighter for the Prentiss Fire Department.

Jennifer Meredith is no stranger to the fire community. She is currently the Bassfield Volunteer Fire Chief and has served that department for four years.

Bass hired Meredith part-time over a year ago. “In that year, she has proven to be an integral part of our team,” said Bass. “She is always willing to work, and gets along great with everyone.”

Meredith accepted the position formerly held by Pete Stephens who retired this summer after 28 years of service. According to Bass, she is now preparing to go to the fire academy for her full-time certification.

Along with her firefighter duties, she runs the Jefferson Davis County Smoke Alarm Program which provides smoke alarms and installation to residents in the county, and also offers home safety inspections. Ten-year alarms are supplied by the Mississippi State Fire Marshal’s office to those that wish to participate. Meredith says she installed over 1600 alarms in the county last year alone.

She also provides public education with her Sound-Off Program which teaches fire safety to second and third graders in the local schools.

Meredith is a life and safety officer and provides security for the Jefferson Davis County Fire Association and serves as its secretary-treasurer.

“I am really thankful to Chief Bass for giving me this opportunity,” said Meredith.  “It is a privilege to serve the people of Jefferson Davis County.” If you are interested in receiving any of the programs Meredith offers, she can be reached at 601-543-5199.